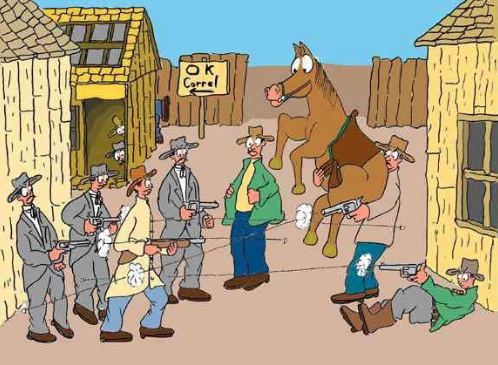 First impressions, when visiting the National Palace, are generated by the number of armed people wandering around. There does not seem to be a coherent plan of security.  Just a bunch of cool dudes, and some not so cool dudes will all sorts of weapons.  Perhaps the belief that a lot of guns are better than a few coordinated ones, could become a fatal flaw.

No one knows where they are, at any specific moment, and there is no clear structure. The swarm of guns does not have a specific control, with loyalties scattered among different units.

They could end up shooting at each other.

A determined terrorist team could make Swiss Cheese of the existing concept of Presidential Security. My recent visit to the Palace gave me a personal opportunity to experience, study and analyze the situation and potential for an assassin or someone who just wanted to blow the place up.

Like being pregnant there is no half way. You are or you aren’t.

Same with Security. You have Security or you don’t have Security. The problem here lies in the fact you only find out when things break down and someone gets shot!!

The recent attack on President Moise’s motorcade – at Arcahaie –  should be seen as a frightening warning. This is the real world we are playing in and some see the solution to their problems as a removal of Jovenel Moise in any way – violent or not.

The game is really a serious one. Preval was involved in a move to destabilize the Moise government and revive INITE. This was seen by many as a direct challenge to Aristide.

Preval is gone and Aristide survives, clear in the knowledge that a successful Jovenel Moise Presidency is the end of him and Lavalas.

Aristide – and others – have the finances and determination to be very dangerous.

We have a number of key people available, who have been trained by professionals and can provide exactly what is needed.