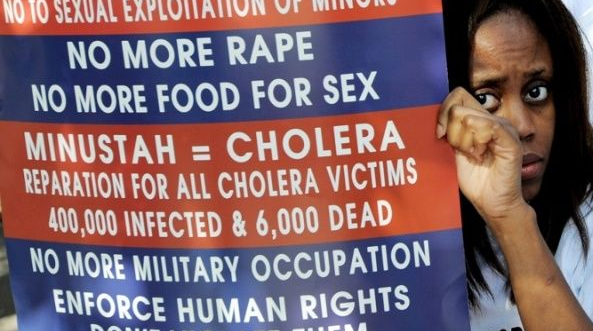 A lawsuit has been filed in Haiti against the UN and peacekeeping soldiers by mothers of ‘peacekeeper babies’ seeking child support and paternity payments, the Guardian reports.

The legal team for 10 mothers who are struggling financially with raising children allegedly fathered by UN peacekeepers stationed in Haiti, have argued they were sexually exploited.

Peacekeeping troops from Sri Lanka, Nigeria, Argentina and Uruguay have been implicated.

The law suit was brought by the human rights group, Bureau Des Avocats Internationaux (BAI) and the Institute for Justice and Democracy in Haiti (IJDH).

“Having and then abandoning children is not within the official capacity of a UN peacekeeper and therefore we argue that this does give a Haitian court jurisdiction to resolve paternity and child support claims,” Nicole Phillips, one of the lawyers told the Guardian.