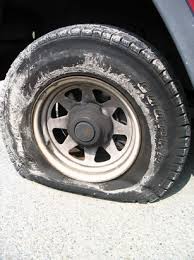 Well over 15,000 people poured out from all corners of Haiti’s capital to march alongside the cortege of cars that carried former Haitian President Jean-Bertrand Aristide back to his home in Tabarre from the Port-au-Prince courthouse he visited on May 8.

Thousands more massed along sidewalks and on rooftops to cheer the procession on, waving flags and wearing small photos of Aristide in their hair, pinned to their clothing, or stuck in their hats.

Led by Fanmi Lavalas party coordinator Maryse Narcisse through a gauntlet of jostling journalists, Aristide had entered the courthouse (the former Belle Époque Hotel) at exactly 9:00 a.m., the time of his appointment to testify before Investigating Judge Ivickel Dabrésil. Aristide had waited with Narcisse in a car outside the court’s backdoor for about 45 minutes. It was only the second time that Aristide had left his home (and the first time publicly) since returning to Haiti on Mar. 18, 2011 from a seven-year exile in Africa following the Feb. 29, 2004 Washington-backed coup d’état which cut short his second government.

Lawyer Mario Joseph said that he was “very satisfied” with the reception given by Judge  Dabrésil, who is investigating the April 2000 murder of radio journalist Jean Dominique and his radio’s caretaker Jean-Claude Louissaint, for which Aristide is one of many prominent Haitians, including former President René Préval, interviewed for testimony. Joseph said the three hour deposition was very “cordial and relaxed.”

But many Haitians feared that the summoning of Aristide – even if only for testimony –  was a trap set by President Michel Martelly, who, as the former vulgar konpa musician “Sweet Micky,” was the principal cheerleader of both the 1991 and 2004 coups d’état against Aristide.

“This summoning of Aristide is a political act remote-controlled by the Martelly government, the same as the now discredited legal suits brought a few months ago by Ti Sony [a former resident of the Lafanmi Selavi orphanage who claimed that Aristide had “exploited” him and other orphans] and some who lost money when the cooperative banks went bust [while Aristide was in power in 2002 and 2003],” said outspoken Sen. Moïse Jean-Charles. “Those previous efforts to smear and destroy Aristide failed, so now they are trying this.”

Many Haitian radio commentators point to Judge Dabrésil’s postponement of Aristide’s deposition from its original date of Apr. 24 as proof that there is a political hand in the judge’s proceedings. The deposition, and the expected anti-Martelly pro-Aristide outpouring, would have taken place during the 5th Summit of the Association of Caribbean States (ACS) from Apr. 23-26 held in Pétionville and attended by many regional leaders.

Furthermore, on Mar. 7, the Defend Haiti website reported that “Presidential Adviser Guyler Delva admitted, earlier this week, to giving Judge Ivekel Dabrésil a car, and Senator John Joel Joseph said on Radio Scoop FM on Wednesday [Apr. 30] that the administration had purchased a house in Florida for the judge.”

Another impetus for the massive turn-out came on the evening of May 7 when Haitian National Police (PNH) Director General Godson Orélus took to the airwaves to announce that the PNH had “received no formal notification of the demonstration” as required by law and that therefore “any demonstration is formally forbidden” along the route between Aristide’s house and the courthouse.

“The police don’t want any demonstration,” he concluded, throwing down a gauntlet which the Haitian people took up the next morning.

About 100 people had spent the night in a vigil across the street from Aristide’s home. At 6 a.m., hundreds more joined them to mass on the sidewalks in front of Aristide’s house.

But the real “accompaniment” began after the hearing. Leaving the courthouse at noon, Aristide’s ride home took five hours, passing slowly through downtown Port-au-Prince, the Champ de Mars, the hillside slum of Belair, Delmas 2, then the roads through the old military airport and past the international airport.

Alongside the 20 or so cars that followed Aristide’s silver jeep, young and old walked, jogged, and ran, singing, chanting, and laughing. The river of humanity included motorcycles, bicycles, wheelchairs, and the occasional person on crutches.

Marchers also tore down pink government propaganda posters from lampposts along the way. Several posters declaring “With the Martelly/Lamothe government, Haiti is advancing” were torn up and left in pieces in the street for vehicles and marchers to pass over. (Martelly’s long-time business partner Laurent Lamothe is Haiti’s Prime Minister.)

Three times Aristide got out of his car to wave to the crowd — outside the courthouse gate, in Belair, and in front of his home — causing people to sprint toward his car and raise their arms, creating a sea of hands. Afterwards, people hugged and high-fived each other, some laughing, some crying.

One man dressed in rags moved down the line of cars following Aristide, wiping each car clean with a dirty cloth but asking for no money in return.

“Se pa lajan non, se volontè wi,” (It’s not for money, I’m here of my own free will) was the refrain of crowds which turned out for Aristide’s massive campaign rallies when he first ran for President in November and December 1990. The song was heard again on May 8, 2013 in the largely spontaneous march, which grew in size and volume as it made its way through the capital.

In contrast, when Martelly organized a carnival-like rally of a few thousand in the Champ de Mars on May 14, many participants were paid 1000 gourdes (US$24) a head to turn out. They were also given a t-shirt – either pink or white – to put on. But after taking the money, many “celebrants” discarded their t-shirts in the street, Haïti Libertéreporters observed. (A Haiti Liberté photographer was prevented from accessing a media stand at the May 14 rally after presenting his press credentials.)

Some pundits tried to banalize the historic march, saying it was merely the beginning of the electoral campaign of the Lavalas Family (FL), the party that Aristide founded in 1996. (Many Haitian political leaders, including those in the FL, strongly doubt whether free and fair elections can be held under Martelly, or whether he even wants to hold them. “No matter what, Martelly has to go” was another chant heard during the march.)

But May 8, 2013 was much more than a mere campaign rally. It was a watershed event, a popular show of force which has changed the political calculus of Haiti in the near-term. Haitian history has shown that when the Haitian people begin to move in such numbers, major political change is imminent. The weeks ahead will reveal exactly what that political change will be.

I happened to be on the way back from the Port-au-Prince airport, on the day of this so-called march, and was held up, momentarily, by a crowd of about 500 controlled by the police. These were Aristide’s marchers paid for with something like $500,000 – possible more.

I was also in the Champs des Mars on May 14, when Martelly hosted a staggering demonstration marking the second anniversary of his government. There could have been 1,000,000 people there. There was more than 500,000. It rivalled Carnival.

Martelly’s team provided transportation for those who wanted to attend – from the countryside, paying the bus drivers a motorcycle taxi people. However, Martelly couldn’t have arranged several hundred thousand rides.

The gathering was spontaneous.

It is a funny thing, but Kim Ives is more of an Aristide  enemy that most others. His exagerrated crowd figures have fueled Aristide’s ego to the point that he is on another manic high. Ives did this when Aristide came back from South Africa to a couple of hundred people, at the airport. Ives changed this non-even to “tens of thosands of frenzied supporters…”  Mind you, the Aristide people had paid for a big mob but the results of this were no more than 100 people, with 100 airport workers and 100 journalists.

After his court appearance, Aristide has moved away from his promised “non-political life” betraying many high-level foreigners who were promised that he would focus on education – not politics.  His wife was so upset with this betrayal that she tried to fly away to Miami with her two children. Aristide forcefully restranied her and Mildred is now a prisoner at Tabarre.

At an Aristide Foundation meeting a number of high-level Lavalas people blocked Aristide’s attempt to control the game, telling him they appreciated what he had done, in the past, but this was the future, and they had control. He was – they said – a valued elder statesman, but nothing more than a historical reference point.

Aristide was quietly angry, and this is when he is most dangerous.

He will move to eliminate Jean-Henry Ceant, as he removed Father Jean-Marie Vincent, Antoine, Izmery, Guy Malary, Father Ti Jean and a host of others who were foolish enough to suggest Aristide should step aside.

Jean-Henry Ceant had better buy an armoured SUV. He may need it.