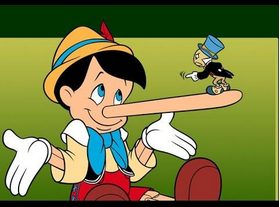 Six former soldiers, all in their 60s, that are in the high command of President Jovenel Moise’s army, all once had their assets frozen by the United States for taking part in a coup to overthrow former President Jean-Bertrand Aristide from power in 1993. 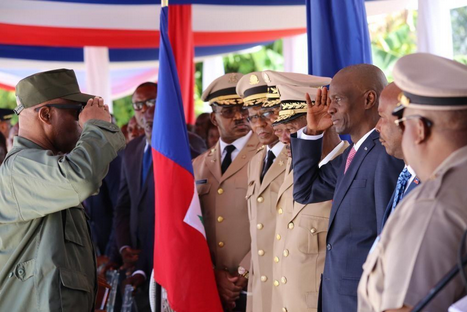 One of the men, Colonel Jean Robert Gabriel, was accused of orchestrating the 1994 massacre of thousands of citizens in the town of Raboteau in Gonaives.

This made the hairs on my neck stand up. Have been to the scene of the Raboteau massacre, and met with those who were there in 1994, when Cedras’ machine gunners chased them through salt mines into the sea. To see Jean Robert Gabriel in such a role blows the mind. #Haiti

“The victims were men and women, girls and boys,” Henry-Claude Elismé told me. “Some of the dead were eaten by pigs and wild dogs. We don’t really know how many died in total because the army stayed for days, digging holes, dumping bodies on top of each other.”

Troops burst into houses as people slept, beating and torturing some and gunning down anyone who ran. Those who survived the sprint to the sea leapt into fishing boats, only to be slaughtered by troops positioned in 13 small boats just offshore.

“It is appalling,” said U.S. Senator Patrick Leahy (D-VT). “We should not support an institution led by people with their history. It is an example of what is wrong in Haiti.”

Aristide loyalist Jean Tatoune led an assault on the Police Caserne in Gonaives.

The following day – April 23, 1994,  I accompanied American embassy Military Attaché Colonel Steve Lovas to investigate the actual incident that involved an attack on the   FAdH/Police Caserne in Gonaives, not an assault on the Robateau slum.

We were accompanies by Michael Norton/AFP, Cathy Booth/Bureau Chief TIME, and others.

We found that Lavalas militants had attacked the caserne and shot some holes in the walls. Someone said that a lady had been wounded but we could not find her to ask questions.

No other injuries were reported.

And then, this non-event grew exponentially.

The “story” eventually saw many FAdH soldiers, backed by FRAPH people, assaulting the Robateau slum, shooting dozens. Bodies were disposed of by throwing them into the ocean, for the currents to carry away, or by digging mass graves.

For anyone who has visited the Robateau slum and seen the ocean there, the reality of dumping bodies into the ocean will be seen as utter stupidity, as is the concept of digging mass graves in this super densely populated area.

The ocean has no current to carry bodies away.

There is no place to dig holes.

The Sentinel report sees the violence spreading over days.

THIS IS SIMPLY NOT TRUE.

When the Lavalas team wanted to hold a trial the local judge refused, saying there was no evidence. Guy Malary’s wife stepped in and handled the project with the assistance of American Lavalas apologist Brian Concannon.

Did Concannon ever register as a Foreign Agent with the State Department? 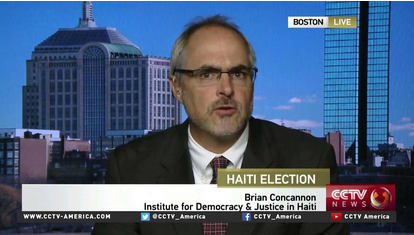 A forensic team came from Agentina and exhumed bodies. Their location was provided by Amiot Meteyer, the Lavalas gang-leader from Robateau who had buried them after he murdered them at other times. He would be assassinated by Aristide at a later date, when the two fell out. Same timeline 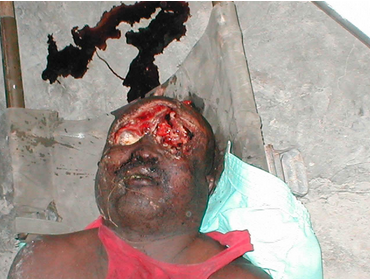 A Kangaroo Court convicted a lot of people that Aristide wanted to neutralize. The entire command structure at FAdH Grande Quartier General.

The non-event – The Robateau Massacre – has become a part of Haitian legend. Like many other events, this one did not happen.

The SENTINEL really has a bias against the Jovenel Moise government that dilutes its effectiveness in the ongoing media campaign – pro and anti-Jovenel. The SENTINEL has a lot of good stuff. Sadly, some of the rest is really “off the wall.”

The Robateau Massacre is one such article–

I was there the next day and there was no army presence.

There were no holes.

There were no bodies in the sea. 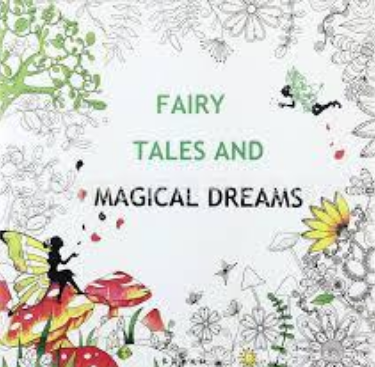 A GREAT STORY, BUT IS SIMPLY DIDN’T HAPPEN.

COLONEL GABRIEL WAS SECRETARY OF QUARTIER GENERAL AND – AS SUCH – HAD NO PERSONAL CONTROL OVER DECISION-MAKING IN 1994. JEAN ROBERT GABRIEL WAS THE BEST!

SHOW US A PHOTO – A REAL PHOTO – OF ANYONE KILLED ON APRIL 22, 1994, IN ROBATEAU – OTHER THAN IN A TRAFFIC ACCIDENT OR MARITIAL DISPUTE!

ON THE OTHER HAND – ARISTIDE AND HIS PEOPLE DID COMMIT ATROCITIES THAT ARE DOCUMENTED. 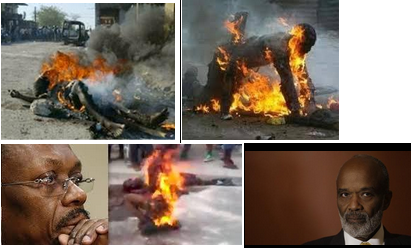 BY MICHEAL COLLINS A REAL PERSON WHO WALKED THE STREETS OF ROBATEAU ON APRIL 23, 1994 AND BECAME FRIENDS WITH BUTEUR METAYER AFTER FEBRUARY, 2004.