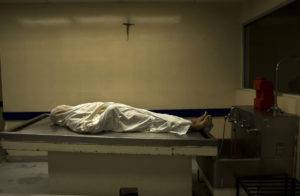 I can remember   you told Marc Bazin, when he was in the palace…”In an election you do anything to win. If you have to sell your mother, sell her. After you win, you can buy her back…”  Of course, I always wondered what would happen if the mother seller lost, as did Marc Bazin. I suppose his mother would be in bondage forever but the Martc Bazin I knew would not worry about that.

You and Leslie were once viewed as people with integrity, (probably wrongly),  but you had the outward image. Now you have abandoned  any small grasp of integrity that you possessed, in a final, mad dash for power

The public will hold a low class whore, who is at least trying to feed her children, in higher regard than you, a graduate of the Sorbonne who does tricks for 50 centimes, a few dollars from Preval, an armored car, home improvements and a 20 year retroactive pension for Leslie.

Preval bought and paid for you. We know he has a preference for oral sex since his prostate has eliminated other concepts, as has your own advanced age,  but that’s ok. You agreed to violate the will of your people in a selfish grab for power. You have surrounded yourself with the garbage of Haitian society, cocaine traffickers, known as such to the international community, another band of whores. Anthony St. Pierre, with a partner/cousin locked up in the States for cocaine crimes. St. Pierre is on the DEA  arrest list and may be taken at any time …and you plan to make him Prime Minister!  Eric Jean-Baptiste, another cocaine millionaire and, of course, Youri Latortue, known for his cocaine cash.

When the first ballot was obviously false, you stood up and stated the ballot boxes were stuffed before the voting started. When Preval told you – a lie – that you were in the lead, you abandoned the other candidates in a ruthless, greedy, selfish, criminal grab for the brass ring.

We didn’t expect much more from Martelly, and were not disappointed. He reacted as programmed by his own environment. He has his own cocaine connections in the form of Jacques Ketant, (Aristide’s coordinater of cocaine)  Senator Joseph Lambert and Jacmel’s Zenny.

I suppose that an old lady, with one foot in the grave, feels that the power is worth any risk and sacrifice of principle. But, again, what will your grandchildren think when they see the historical truth of your actions?

You are an embarrassment for the present, and future generations of young people.

6 thoughts on “MIRLAND MANIGAT, WHAT WILL YOUR GRANDCHILDREN THINK?”