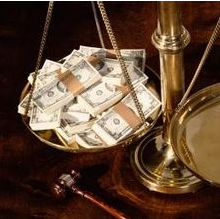 (Reuters) – The U.N. mission in Haiti faced public anger on Monday over allegations that Uruguayan U.N. troops raped an 18-year-old local man, in the latest incident to threaten the reputation of U.N. peacekeepers in the poor Caribbean state.

Outrage in the earthquake-ravaged nation has been rising over a video shot by a cellphone camera and circulating on the Internet that shows laughing Uruguayan marines pinning the young Haitian face down on a mattress and apparently assaulting him sexually in a southern town.

In a statement, Haitian President Michel Martelly said the perpetrators of what he called “a collective rape carried out against a young Haitian” would not go unpunished.

Haitian authorities, the U.N. Mission in Haiti and Uruguay’s Defense Ministry have launched an investigation into the video. The four troops suspected of being involved have been detained and Uruguay’s Navy has replaced the head of its naval contingent with the U.N. peacekeeping mission in Haiti.

“The Presidency vigorously condemns this act which revolts the nation’s conscience, and awaits a detailed report establishing the exact facts and circumstances,” Martelly’s office said in a statement released late on Sunday.

The alleged victim, Johnny Jean, and his mother, Rose Marie Jean, told Haitian radio stations he had been raped by the Uruguayan marines. They have given testimony to a judge in Port-Salut, where the incident allegedly took place on July 28, according to regional police chief Fritz Saint-Fort.

The U.N. mission in Haiti (MINUSTAH) is taking the case “very seriously,” chief mission spokeswoman Eliane Nabaa told Reuters. “For now, we cannot say whether it was a case of rape or not. Only the investigation will determine that and the investigation is still underway,” she said.

U.N. peacekeepers in Haiti have faced public anger before, notably over allegations that Nepalese U.N. troops brought a deadly cholera epidemic to the country after their camp latrines contaminated a local river. This sparked riots last year against the 12,000-strong U.N. peacekeeping contingent.

The cholera epidemic has killed more than 6,200 people since October in Haiti, which is still struggling to recover from a devastating 2010 earthquake in which more than 300,000 people died, according to the Haitian government.

Nabaa said that if the allegations against the Uruguayan marines is proven true, “the United Nations, which has a zero-tolerance policy toward such behavior, will make sure the necessary steps are taken against the perpetrators.”

Johnny Jean told a radio station in Les Cayes, southern Haiti, that four soldiers carried out the assault. “Two held me and two raped me. They hit me several times,” he said.

“After that, the soldiers tried to negotiate with my mother to cover up the act, but my mother did not want to and alerted the authorities and filed a complaint,” Jean added.

“My son has been raped. It is a crime that should be punished. So we are demanding justice and reparation,” Rose Marie Jean told the station.

The U.N. peacekeeping contingent in Haiti had been working hard to improve its image with Haitians following last year’s damaging allegations that some of its members may have caused the cholera outbreak.

Some critics condemn the U.N. mission as an occupying foreign military force in Haiti, but many credit the peacekeepers with helping to reduce crime and violence.

International experts, including a panel tasked by the United Nations, pointed to the U.N. Nepalese contingent’s riverside camp as the likely source of the cholera, although a U.N. spokesman said this was not necessarily conclusive.

MINUSTAH was established by the U.N. Security Council in 2004 and has been helping Haiti’s short-staffed and ill-equipped police to maintain security in the country, especially during elections plagued by fraud and unrest.

Martelly, who won an election in March, has acknowledged Haiti still needs the peacekeepers but has called for a redefinition of their future role and for the creation of a Haitian security force to eventually replace them.