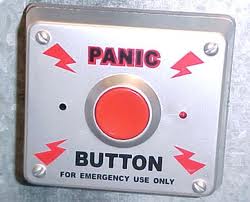 Many are trying to cover their ass, rather than help Haitians combat this new, ultimate threat, a threat that is exponentially more dangerous that the AIDS/SIDA problems brought to Haiti by foreigners years ago.

Attached is a segment of the Wikipedia piece on the Haitian Cholera Epidemic.

It shows the stupidity of some who should be helping Haiti!!

Of course it is important to discover where the infection started!!

How else can the originating problem be neutralized??

Here is what the so-called experts say…

Gregory Hartl, a spokesman for the World Health Organization, said finding the cause of the outbreak was “not important”. “Right now, there is no active investigation. I can’t say one way or another [if there will be]. It is not something we are thinking about at the moment. What we are thinking about is the public health response in Haiti.”[9] Jordan Tappero, the lead epidemiologist at the CDC, said the main task now is to control the outbreak, not to look for the source of the bacteria and that “we may never know the actual origin of this cholera strain.”[10] A CDC spokeswoman, Kathryn Harben, added that “at some point in the future, when many different analyses of the strain are complete, it may be possible to identify the origin of the strain causing the outbreak in Haiti.” Paul Farmer, a co-founder of the medical organisation Partners in Health, however, said there was no reason to wait. “The idea that we’d never know is not very likely. There’s got to be a way to know the truth without pointing fingers.” A cholera expert, John Mekalanos, supported the assertion that it was important to know where and how the disease emerged because the strain is a “novel, virulent strain previously unknown in the Western Hemisphere and health officials need to know how it spreads.”[6]

The CDC was challenged about the dangers of Cholera in February but chose to ignore the threat, as did other agencies.