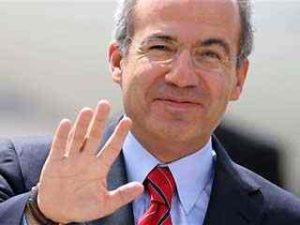 The Latin American leader will include a head-to-head with his Haitian counterpart, Michel Martelly.

In preparation for this trip, a delegation of Mexican cooperation composed of two senior executives was 27 to 29 March in Port-au-Prince where she held talks with Minister of Foreign Affairs resigned, Laurent Lamothe, on the agenda of relations between the two countries.

Among the topics discussed were infrastructure, education and agricultural development in the context of reconstruction and development. In addition, representatives from Mexico visited various projects funded by their country, the statement said.

In preparation for the visit of Mr. Calderón, who is part of a regional tour before the lead also in Colombia and Cuba, a delegation of Mexican entrepreneurs will arrive in Port-au-Prince April 8.