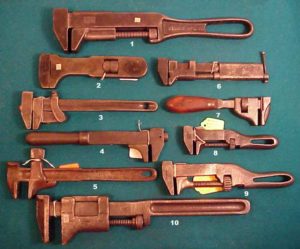 By Nicole Phillips – 10/11/10 09:19 AM ET
On November 28, Haiti faces some of the most important presidential and legislative elections since its election in 1990, as they will provide the political foundation and accountability for the use of earthquake recovery funds. While Wyclef Jean’s run for President brought a few weeks of limelight to these crucial elections, they will, sadly, likely be flawed.

As Representative Maxine Waters and 44 other members of Congress wrote to Secretary of State Hillary Clinton on October 7,the United States may pay millions of dollars to fund illegitimate elections that could plunge the country into even greater chaos.

It was easy to get wrapped up in the celebrity hype around Wyclef’s candidacy. He even released a song called Prison for the CEP, protesting the decision of Haiti’s Electoral Council (the CEP) to exclude him from the candidate list. But Wyclef was kept off the ballot for legitimate reasons – his failure to meet Haitian residency requirements, unlike the 14 legitimate political parties that have been excluded from the Parliamentary elections for dubious reasons. One of these parties, Famni Lavalas, is Haiti’s most popular political party. It has won every election it has contested, and if allowed to participate in the coming election, it would likely beat current President René Préval’s party, Inite.

The reasons for excluding the other 13 parties are unclear, as the CEP, which was hand-picked by President Préval, lacks any transparency and shrugs its obligations to explain its decisions. Famni Lavalas was supposedly excluded because in the April 2009 Parliamentary elections, the party’s list of candidates did not contain an original signature from party leader President Jean-Bertrand Aristide. The CEP created this requirement at the last minute, knowing that President Aristide was in exile in South Africa and unable to deliver a signature. What does this have to do with November 28, 2010, you ask? The CEP just carried over its decision to exclude from April 2009; Famni Lavalas need not apply to run in November.

The CEP also fabricated a new requirement to disqualify Famni Lavalas from the Presidential elections. The head of each party must now register presidential candidates in person. President Aristide has been kept out of Haiti since 2004 and cannot personally deliver the candidate list. The exclusion of eligible political parties that rival Préval’s government is intentional and makes it impossible to have fair or credible elections.

The international community has shown an incredible commitment to rebuilding Haiti, but is turning a blind eye to the vital role a free and fair democracy must play in the effort. Donors pledged $11 billion to invest in Haiti’s reconstruction; former President Bill Clinton heads the Haiti Interim Recovery Commission approving all major development projects; and one out of two Americans gave money to a charity to help Haitians after the earthquake. But the effectiveness of these investments is threatened by sham elections.

Haiti needs a strong, legitimate government as a foundation for reconstruction and development plans. As the 45 members of Congress appealed to Secretary Clinton, conferring reconstruction decisions on a government perceived as illegitimate is a recipe for disaster. When Famni Lavalas was excluded in the April 2009 elections, Haitians boycotted the elections and 1/3 of the senate took office with as few as 3% of the vote. Haitians are already planning another boycott of these elections. The new President and Parliament could take office without the political support of its people, further weakening the government.

Nicole Phillips, Esq. is a staff attorney for the Institute for Justice and Democracy in Haiti.

The contents of this site are © 2010 Capitol Hill Publishing Corp., a subsidiary of News Communications, Inc.

Aristide did supply the proper documentation that should have seen Lavalas on the ballot. Preval simply barred the party, even after his ridiculous demands were met he just said no.