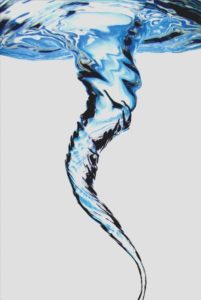 The U.N. Security Council voted unanimously to extend the mandate of its military and police presence in the nation, called MINUSTAH, for another year, although in slightly reduced numbers.

The Security Council also took the time to voice its support for the Martelly government, saying that for the “first time in history, Haiti has experienced a peaceful transfer of power between one democratically elected president and another from the opposition.”

In Port-au-Prince, meanwhile, the Martelly government received a show of support when the Senate voted to approve Prime Minister Garry Canille’s political program and 17-member Cabinet.

The U.N. action came on the heels of an announcement last week that the international recovery efforts this month passed the 50 percent mark in removing debris caused by the January 2010 earthquake.

The slow pace of the recovery and rebuilding efforts have prompted Ban to remind the international community that much work is still to done.

“The situation in Haiti remains fragile and we must be aware of reversals that could cause a new crisis,” he told reporters in New York last month.

In the end, Ban pointed out that the “will” of the Haitian people will be crucial to the country’s recovery.

“Haiti’s future stability and prosperity will continue to depend on the political will of its leaders and citizens,” he added.

Ban’s mixed picture was recently echoed by Valere Amos, the undersecretary-general for humanitarian affairs and chief coordinator for disaster relief.

“The earthquakes in Haiti and Pakistan have raised questions about how quickly we are getting to the people who need assistance and how to make that assistance more effective,” Amos said.

The humanitarian chief acknowledged that financing such emergency efforts has been and continues to be a major concern.

“The donor countries want to know about the effectiveness of humanitarian responses, that’s why we have a reform agenda across the humanitarian system.”

The U.N. reports that slightly less than 60 percent of the aid pledged for Haitian earthquake relief over the last 19 months has actually been received.

Martelly, who addressed the U.N. General Assembly last month, told diplomats that while the U.N.’s “recovery efforts” have occasionally “stumbled,” it still needs to remain in Haiti for the foreseeable future.

The Security Council action comes after two high-profile incidents involving the U.N. force in Haiti: Some have accused peacekeepers from Nepal of introducing cholera to the country and peacekeepers from Uruguay are under investigation for alleged rape.