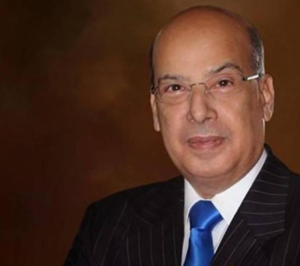 The Antiguan diplomat who led an Organization of American States’ special mission to Haiti after the country’s delayed presidential runoff set off a constitutional crisis earlier this year says verifying the disputed elections is vital to avoiding a deepening political crisis.

“It is a necessary evil in order to have long-term peace,” Ronald Sanders told the Miami Herald in an exclusive interview. “The verification process must take place. There is an awful lot of suspicions that there was fraud in that election process, and it would not suit any government that is elected without a verification process because there would always be that suspicion.”

But verification, Sanders said, should be swift in order for Haiti to quickly get back to political stability by transferring power from its current caretaker government to an elected one. Sanders’ support of a Haitian-owned investigation into the country’s disputed Oct. 25 presidential first round differs from the position of many other foreign diplomats engaged in the crisis.

The European Union, the United States and others in the international community have publicly dismissed calls for verification and have been stepping up pressure for provisional President Jocelerme Privert to quickly resume Haiti’s interrupted electoral process. On Thursday, 60 Haitian-American leaders and organizations wrote U.S. Secretary of State John Kerry, asking for the Obama administration to end its opposition of verification.

“If we go ahead and force Privert to hold elections without it, an election that is not ultimately acceptable to the majority of Haitians, we are courting trouble,” Sanders said. “We are going to let a possibly fraud process deliver a government? In which country would we accept that? Can you tell us the U.S. would allow that? The English-speaking Caribbean?”

The chairman of the Permanent Council of the Organization of American States until last week, Sanders said he wasn’t speaking on behalf of the hemispheric organization, which has shied away from making any public statements on the matter. Its electoral observation mission has said that despite voting irregularities, “the information gathered by EOM/OAS on the ground did not show inconsistencies with the final results presented by the CEP in terms of which two candidates go to the run-off.”

Sanders said he was speaking as the diplomat who led a February mission to Port-au-Prince at the request of then-president Michel Martelly. The mission was tasked with helping Martelly and the opposition broker a political accord on how the country would be govern after Martelly’s Feb. 7 departure from office.

That agreement, known as the Feb. 5 accord, outlined the steps for a 120-day transitional period led by a caretaker administration. It also set April 24 as the runoff elections date after the balloting was twice postponed because of the fraud allegations. This week, the head of the country’s newly revamped Provisional Electoral Council (CEP) indicated that the elections cannot be held that day.

The majority of Haitians do not want a verification. They accept the results that see a run-off between Jovenel and Celestin.

This guy – who does not understand anything about Haiti – is falling victim of a very small minority that lost out, in the elections, and now plans to win via the back door.

At this moment, counterfeit ballots are being printed in the Dominican Republic, for use in the verification process. A bold move will shaft the real balance to whatever Privert and Aristide want.

People like Sanders will destroy any possibility of Democracy in Haiti.

Privert – Aristide – Preval are playing a delaying game as their Commissioner of Government creates havoc and CEP chief Berlanger delays and obfuscates until the Nation is destroyed.