Researchers at Oxford University have discovered what is believed to be the first evidence of a drug that can reduce the risk of death from COVID-19 by up to one-third, a steroid known as dexamethasone. 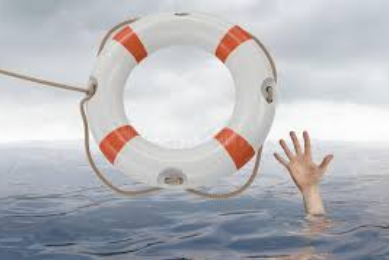 The drug, which is “instantly available and affordable worldwide” and is also a steroid, was found to reduce deaths in patients receiving oxygen by one-fifth and those on ventilators by one-third, according to preliminary results released Tuesday.

“Dexamethasone is the first drug to be shown to improve survival in COVID-19. This is an extremely welcome result,” Peter Horby, Professor of Emerging Infectious Diseases in the Nuffield Department of Medicine, University of Oxford, and one of the Chief Investigators for the trial, said in a statement. “The survival benefit is clear and large in those patients who are sick enough to require oxygen treatment, so dexamethasone should now become standard of care in these patients. Dexamethasone is inexpensive, on the shelf, and can be used immediately to save lives worldwide.

Scott Gottlieb, the former head of the Food and Drug Administration, called the results a “robust finding,” adding it could have “meaningful” implications.

The results of the study will be released soon, the researchers said. The funding for the study was provided by the U.K. government, as well as private donors, including the Bill and Melinda Gates Foundation.

The study, known as the RECOVERY Trial, enrolled more than 11,000 patients in England, Scotland, Wales and Northern Ireland. Some 2,104 patients were randomly assigned to get the drug, while another 4,321 patients received usual care, the Associated Press reported.

“Since the appearance of COVID-19 six months ago, the search has been on for treatments that can improve survival, particularly in the sickest patients,” Martin Landray, professor of Medicine and Epidemiology at the University of Oxford added in the statement. “These preliminary results from the RECOVERY trial are very clear – dexamethasone reduces the risk of death among patients with severe respiratory complications. COVID-19 is a global disease – it is fantastic that the first treatment demonstrated to reduce mortality is one that is instantly available and affordable worldwide.”

As of Thursday morning, more than 8 million coronavirus cases have been diagnosed worldwide, more than 2.1 million of which are in the U.S., the most impacted country on the planet.