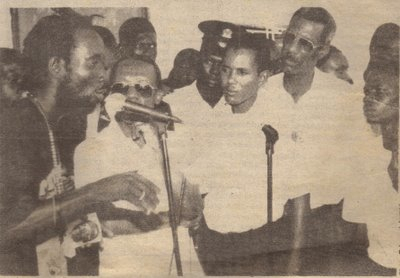 Here is what happened.

For weeks Aristide claimed that he had no contact with the Armee Rouge, in Cite Soleir that was attacking Dany Toussaint and his Proviional Police Force.

Aristide then embraced Armee Rouge leader General Titi and insisted that the police shake hand with him, Marie Christine Jeune refused. The look in Aristide’s eyes was frightening. The video reflected “death” and that is exactly what the brave lady received.

A couple of days later her badly mutilated, headless body was discovered by some children. She had been raped.

This is what happens to anyone who thwarts the desires of Jean-Bertrand Aristide!! Even today, those involved with Aristide are frightened. The fear that any action might be misunderstood and result in death.

Aristide is still a serious threat, as was demonstrated by the Necklacing of two innocent Haitians today.

The Martelly government must do something other than retreat to Indigo. 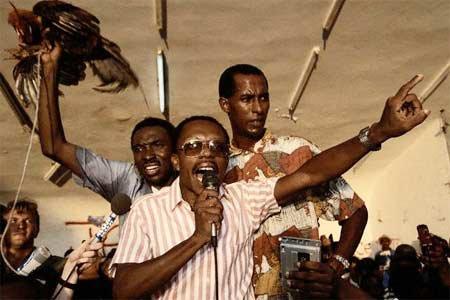 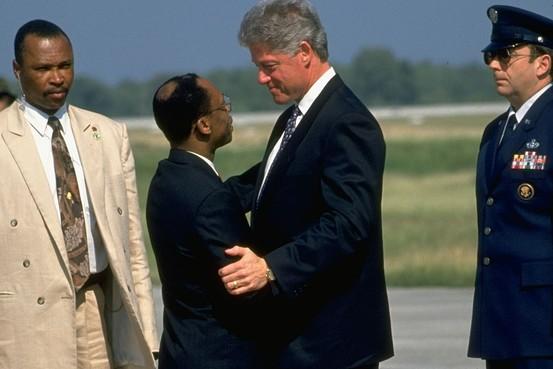