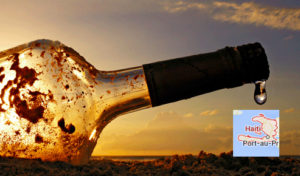 The worst drought in five years is creeping across the Caribbean, prompting officials around the region to brace for a bone dry summer.

From Puerto Rico to Cuba to the eastern Caribbean island of St. Lucia, crops are withering, reservoirs are drying up and cattle are dying while forecasters worry that the situation could only grow worse in the coming months.

Thanks to El Nino, a warming of the tropical Pacific that affects global weather, forecasters expect the hurricane season that began in June to be quieter than normal, with a shorter period of rains. That means less water to help refill Puerto Rico’s thirsty Carraizo and La Plata reservoirs as well as the La Plata river in the central island community of Naranjito. A tropical disturbance that hit the U.S. territory on Monday did not fill up those reservoirs as officials had anticipated.

Puerto Rico is among the Caribbean islands worst hit by the water shortage, with more than 1.5 million people affected by the drought so far, the U.S. National Drought Mitigation Center says. The amount of water flowing into 12 of at least 22 rivers that supply the island’s reservoirs is at an all-time historic low, the Department of Natural Resources reported Wednesday.

Tens of thousands of people receive water only every third day under strict rationing recently imposed by the island government. Puerto Rico last week also activated National Guard troops to help distribute water and approved a resolution to impose fines on people and businesses for improper water use.

The Caribbean’s last severe drought was in 2010. The current one could grow worse if the hurricane season ending in November produces scant rainfall and the region enters the dry season with parched reservoirs, said Cedric Van Meerbeeck, a climatologist with the Caribbean Institute for Meteorology and Hydrology.

“We might have serious water shortages … for irrigation of crops, firefighting, domestic consumption or consumption by the hotel sector,” he said.

The Caribbean isn’t the only area in the Western Hemisphere dealing with extreme water shortages. Brazil has been struggling with its own severe drought that has drained reservoirs serving the metropolis of Sao Paulo.

In the Caribbean, the farm sector has lost more than $1 million in crops as well as tens of thousands of dollars in livestock, said Norman Gibson, scientific officer at the Trinidad-based Caribbean Agricultural Research and Development Institute.

On St. Lucia, which has been especially hard hit, farmers say crops including coconuts, cashews and oranges are withering.

“The outlook is very, very bad,” said Anthony Herman, who oversees a local farm cooperative. “The trees are dying, the plants are dying … It’s stripping the very life of rivers.”

Officials in Cuba say 75 percent of the island is enduring a drought that has killed cattle and destroyed thousands of hectares (acres) of crops including plantains, citrus, rice and beans. Recent heavy rains in some areas have alleviated the problem some, but all 200 government-run reservoirs are far below capacity.

In the nearby Dominican Republic, water shortages have been reported in hundreds of communities, said Martin Melendez, a civil engineer and hydrology expert who has worked as a government consultant. “We were 30 days away from the entire water system collapsing,” he said.

The tourism sector has also been affected.