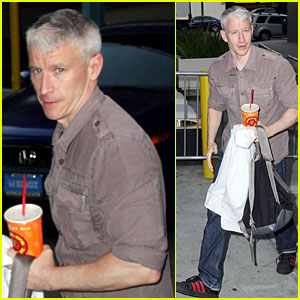 Breaking: North American news outlets “excited” by Haiti cholera outbreak. They say for them, “without a crisis, Haiti doesn’t exist.”

But it has managed to entirely miss the big-picture story: The cholera outbreak itself is a symptom of failed foreign policies and organizations that have left the Haitian people as poor as ever and disconnected from the mechanisms of their own development.

Anderson Cooper pledged to stay on the story of Haiti’s reconstruction. But he’s only been seen in Haiti once since the quake, on its six-month anniversary. Cooper stopped by the collapsed National Palace to accept a medallion for his reporting from the Haitian government in a surreal ceremony celebrating the country’s progress.

At that time, more than 1.3 million people made homeless by the earthquake were living in crowded, makeshift camps. Today, they still live that way amid the rubble of Port-au-Prince, extremely vulnerable to waterborne diseases like cholera. Refugees International recently called UN-led humanitarian efforts “paralyzed” and found “appalling” conditions in the camps, despite the billions of dollars pledged for earthquake relief.

Now, CNN crews are back in Haiti, covering a deadly cholera epidemic that has killed at least 330 people and infected nearly 5,000, according to officials. The bacteria incubate in bodies before causing symptoms or passing into the environment. What most media reports ignore is that the epidemic has been years in the making. 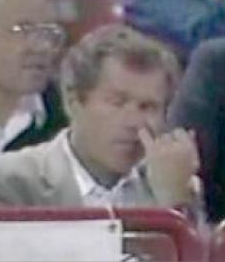 The George W. Bush administration blocked millions of dollars in loans from the Inter-American Development Bank for public water infrastructure in Haiti’s central region. In the previous decade, President Bill Clinton pressured the Haitian government into slashing tariffs on imported American rice, devastating the rice farming economy of the area.

Families are so poor they have no choice but to drink, bathe and cook with water from the muddy Artibonite River, where the cholera outbreak began. Yet UN officials said this epidemic was unexpected, attempting to excuse their slow response and failure to quarantine the zone where cholera broke out – even as they took credit in preceding months for preventing a postearthquake outbreak of infectious disease.

“What has been the impact of what you’re doing on the ground?” At a news conference following the October meeting of the Interim Haiti Recovery Commission in Port-au-Prince, it was the second time that Haitian journalists had asked the question. But who can blame them?

There has been no meaningful recovery or reconstruction since the quake.  Clinton,  co-chairman of the commission, looked exasperated. “I think what they’re getting at is this: there are still 1.3 million people living in camps who -,” I offered, but Clinton stepped to the podium and cut me off. The prime minister moved aside.

with a plea: “It’s very difficult but we are on the move now, so just give us a little more time to show some progress.”

It’s too bad CNN’s Cooper wasn’t standing next to me, fixing his laserlike blue eyes on Clinton and lobbing righteously indignant questions. Because a little more time has passed since then; now, it’s nearly 10 months since the earthquake. Haiti has a virulent epidemic on its hands, and Hurricane Tomas is poised to lash the country this week. How many more crises must Haiti suffer through before we conclude that Clinton, the United Nations, charity groups and the current Haitian government simply cannot deliver on their promises?

For example, the Clinton-Bush Haiti fund, inaugurated by President Obama with both former Presidents at his side, is still running Web advertisements that say “100% of donations go directly to relief efforts.” That’s a cruel lie, considering the quake victims living in flood zones under withered plastic tarps. Only 8% of its $50 million had been spent by this summer, according to The Chronicle of Philanthropy.

The fund’s website now talks about supporting long-term programs to develop Haiti’s business class. The Interim Haiti Recovery Commission has approved only one water project: $200 million to expand the public water supply in Port-au-Prince. But it remains only 57% funded, according to the group’s website.

Clinton’s much-lauded connections with international donors appear to have come to naught. Busy campaigning for Democrats ahead of Tuesday’s election, he has not spoken out about Haiti during the cholera outbreak.

The international community is financing Haiti’s own election on Nov. 28, but it will likely be a sham affair with little turnout. Fanmi Lavalas, widely seen as the country’s most popular party, is being officially excluded from the ballot by the ruling government as part of a continuing campaign to suppress a mass movement of Haiti’s poor majority.

Over half of American households donated their hard-earned money to Haitian earthquake victims. It’s high time we take stock of where that money went and demand some accountability, which our high-profile journalists have failed to do. Haitians must be allowed to freely choose their own leaders and chart their country’s development. CNN may bring you heartrending images of this place from time to time, but it doesn’t give the people a voice – the one we need to hear the loudest.