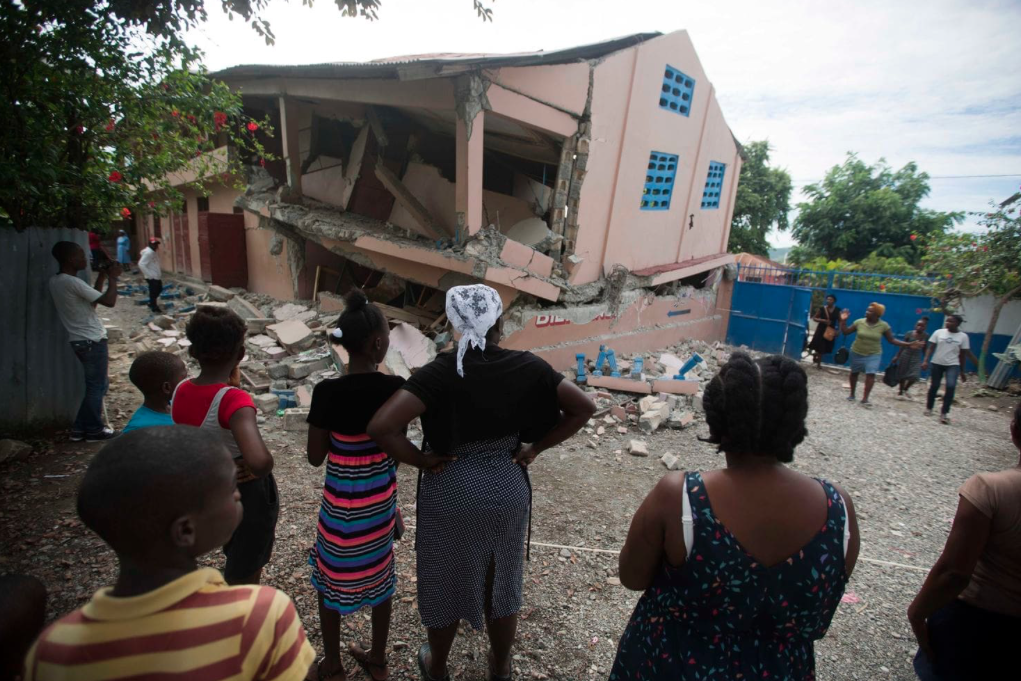 Not only are doctors and nurses lacking the supplies they need, the damage caused by the 5.9-magnitude tremor late Saturday made conditions even more challenging

In Port-de-Paix, the Haitian city hardest hit by a strong earthquake, medical personnel at the Immaculate Conception Hospital of Port-de-Paix are struggling to treat the wounded — and helplessly looked on as some didn’t make it.

Not only are doctors and nurses lacking the supplies they need, the damage caused by the 5.9-magnitude tremor late Saturday made conditions even more challenging.

“There was no electricity here, so we couldn’t receive the huge crowd that came last night,” said Paul Miclaude, a doctor working in the emergency room.

“It was really difficult for us to send them to another hospital,” Miclaude added. “With time running out, some died here.”

So far, the quake has claimed 12 lives, according to Haitian officials. Eight of the victims died in Port-de-Paix.

Miclaude said that even on Sunday, doctors were without needed supplies.

“Patients are out buying medications, gloves, you name it — they have to, despite their trauma and their destroyed homes,” he said.

“Clearly, we aren’t ready for such a catastrophe.”

‘He died on the spot’

Looking on with a blank stare, Pamelia Donne leaves a small room filled with stretchers, dragging her leg behind her. Her foot is bandaged.

She had arrived several hours before — with the body of her 20-year-old son.

“When everything started to shake, my child was about to leave the room. Then all of a sudden, he flew in the air and because the walls were falling down, he fell on a piece of rebar,” Donne recounted.

“It pierced his back and came out by his ribs. He died on the spot.”

In the palm of her hand, she crumpled the prescription handed to her by the nurse who bandaged her foot into a ball.

“I’m going to go get the medicine,” Donne said, her voice barely audible.

“Actually, I have no way to get there to buy them and my husband, who suffered a leg injury, also has a prescription.”

Just as police began to restore order at the entrance to the hospital, and several crates of medicine arrived from the health ministry, the glimmer of hope was quickly dashed by a 5.3-magnitude aftershock — and chaos reigned once again.

Both doctors and patients ran into the street, fearful that part of the building could collapse.

Standing near mattresses on the ground in the yard, where patients received IV drips, the hospital’s medical chief Polycarpe Saaely says he hopes more help is on the way.

“With all the aftershocks, we can’t really stay inside, so we are putting up tents to receive the various patients who arrive,” said Saaely.

“These buildings date back to the American occupation (1915-1934). We evacuated two patients from the surgical wing because the building is really falling apart.”

Indeed, the building was completely empty — the ceiling had caved in in several places.

As Sunday dragged on, residents followed the parade of ambulances that arrived, their sirens blaring, and then departed for the private hospital located about a 30-minute drive away.

Haiti is the poorest country in the Americas.

But residents were still angry.

“Everyone can see that we don’t have a real hospital,” one resident, Francois Lubensron, told AFP near the hospital entrance.

“This shows we have no government. The president came to the city but he didn’t even stop by to see what is going on here,” the 28-year-old added.

“This behaviour must end. We’ve had enough of a small group privatizing the country while we die. We are human beings. We have the right to live like those in all nations.”

As they listened to the passionate debates of the small group gathered around Lubensron, elderly residents shook their heads.

Some of them spread out small plastic tarps under which they could take refuge. They will spend the night outside, with more aftershocks a near-certainty.