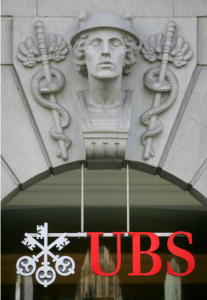 GENEVA — In an embarrassment to Switzerland’s government, the country’s top court said Wednesday that at least $4.6 million from Swiss bank accounts previously awarded to charities must be returned to the family of former Haitian dictator Jean-Claude “Baby Doc” Duvalier.

The decision was reached Jan. 12, just hours before the devastating earthquake that struck Haiti, killing as many as 150,000 people. The amount of money being contested could feed more than 1 million Haitians for two weeks.

The court’s decision was not published until Wednesday, prompting the Swiss government to issue an emergency decree to keep the money frozen in a Swiss bank until a law can be passed allowing it to be donated to aid groups working in Haiti.

“This is a public relations disaster for Switzerland,” said Mark Pieth, a professor at the University of Basel with experience in international corruption cases.

In the decision, Switzerland’s Federal Court reversed a lower court’s ruling that the money should have gone to aid groups in the impoverished nation because the statute of limitations on crimes committed by the Duvalier clan would have expired in 2001.

Delays between court verdicts and their public announcements are common in Switzerland, but the timing for this one was especially unfavorable. In addition to affecting Haiti’s relief efforts, the ruling undermines Switzerland’s efforts to shed its image as an investment haven for the world’s dictators.

Many Haitians accuse Duvalier and his entourage of robbing millions of dollars from public funds before he was ousted in 1986. Duvalier is thought to reside in exile in France and has always denied wrongdoing. 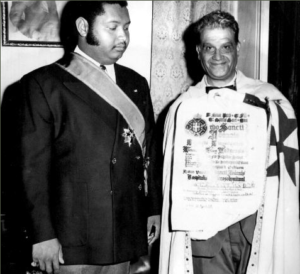 [JURIST] The Federal Supreme Court of Switzerland [official website, in French] announced [press release] Wednesday that $4.6 million seized from the bank accounts of former Haitian president Jean-Claude Duvalier [BBC backgrounder] must be returned to his family. The decision [judgment, in French], made just hours before the January 12 Haitian earthquake [JURIST news archive], overturned the ruling [JURIST report] of the Federal Criminal Court [official website, in French] that the money should go to aid groups working in Haiti. The lower court rejected the Duvalier family’s original claim because it could not prove the money had come from legal means. In overruling the lower court’s decision, the Supreme Court cited a statute of limitations on the crimes in the case, which had expired in 2001. The court wrote:

The recovery of assets of deposed dictators encounters various obstacles. States affected by such actions are confronted with particular problems: they may have ambiguous relationships with the deposed regime and often do not have available a proper, effective judiciary which is respectful of human rights, the prosecution of former officials, and the confiscation of their assets. In this context, the conditions imposed by [International Mutual Assistance on Criminal Matters] appear too stringent for these cases. The length of procedures, the difficulties of proof may be – as here – insurmountable obstacles. It is therefore the legislator’s responsibility to make the necessary cuts and adjustments to reflect the specifics of these procedures.

According to the Swiss Federal Department of Foreign Affairs [official website], the government has issued an emergency decree to keep the assets frozen until a law can be passed allowing the money to be returned to Haiti.

Duvalier, also known as “Baby Doc,” is the son of former Haitian leader Francois Duvalier, or “Papa Doc,” whom he succeeded as leader [BBC report] in 1971. Following a tumultuous reign, which included accusations of thousands of murders by his regime [HRW report], Duvalier fled Haiti in 1986, and has since resided in France. In 2007, current Haitian leader Rene Preval expressed a renewed commitment to bring Duvalier to justice [JURIST report], despite Duvalier’s pleas for forgiveness [Guardian report].