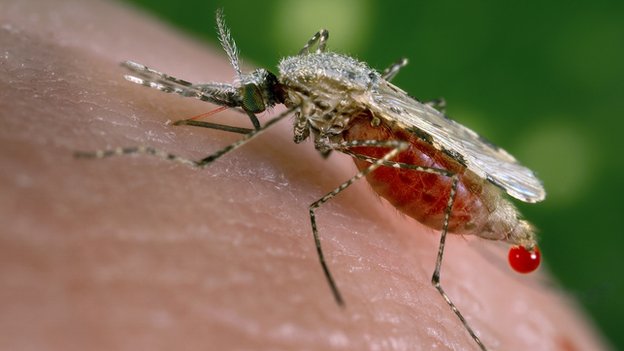 The World Health Organization says it is confident that deaths from malaria could be stopped entirely.

Spread by the bites of infected mosquitoes, the illness is both preventable and treatable.

So, what are we doing right and what more needs to be done?

The scale of the problem

In 2014, 97 countries and territories have malaria transmission, and an estimated 3.3 billion people are at risk of being infected.

The disease burden is highest in Africa – 90% of all malaria deaths occur here.

But there is reason for hope.

Malaria mortality rates have dropped by 54% in the WHO Africa Region. And the number of people infected has fallen by a quarter – from 173 million in 2000 to 128 million in 2013. This is despite a 43% increase in the African population living in malaria transmission areas.

deaths from malaria in 2013

drop in mortality since 2000

While malaria is indiscriminate, the heaviest toll is on the poorest and most vulnerable communities.

Children aged five and under and who live in Africa account for 78% of all malaria deaths.

Young children, pregnant women and individuals with a weakened immune system, are at particular risk of developing serious illness if they become infected with malaria.

An estimated 278 million people in Africa still live in households without a single insecticide-treated bed net, and about 15 million pregnant women remain without access to preventive treatment for malaria. 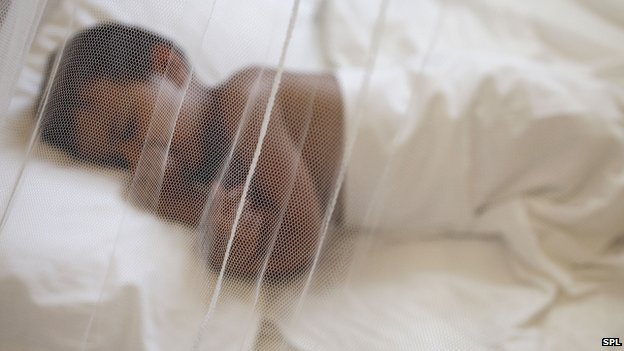 Avoiding mosquito bites between dusk and dawn is the first line of defence against malaria.

Bed nets have been shown to cut the incidence of malaria cases by half.

Another 214 million bed nets are scheduled for delivery to endemic countries in Africa by year-end, but this still may not be enough.

In 2013, 123 million people around the world were protected from malaria by coating houses in insecticide spray to kill any visiting mosquitoes.

In Africa, 55 million people, or 7% of the population at risk, lived in households that were regularly sprayed.

But indoor residual spraying has decreased in recent years, and insecticide resistance has been reported in 49 countries around the world.

Pregnant women living in malarious areas should be offered antimalarial medicine as routine, even if they do not have any signs of infection.

This is because malaria can have devastating consequences for the mother and child.

The proportion of women receiving this treatment has been increasing over time, but the levels remain below target.

Overall, 57% of pregnant women in 37 countries received at least one dose of antimalarial medicine in 2013.

But fewer than a fifth of pregnant women received the three or more doses recommended by WHO, (based on findings from nine countries).

Progress in adopting and rolling out preventive therapies for children has been even slower.

As of 2013, only six of the 16 countries where WHO recommends preventive therapies for children under five have adopted the treatment as national policy. 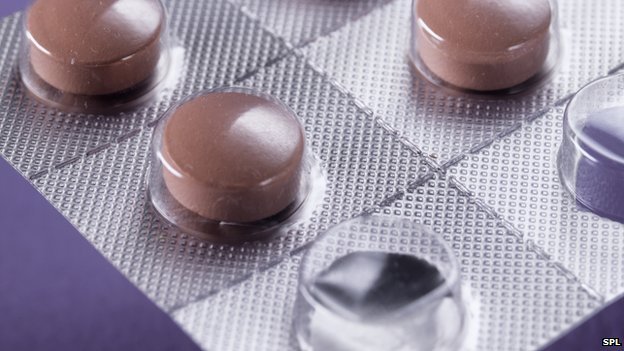 Even though access to rapid diagnostic testing and drug treatment have been strengthened, millions of people continue to lack access to these crucial interventions.

In 2013, 62% of patients with suspected malaria in public health facilities in the WHO African Region received a diagnostic test, compared with 40% in 2010.

And public health facilities had enough antimalarial drugs, called ACTs, to treat more than 70% of patients who presented for care.

But only a small proportion of children sick with malaria received ACTs (artemisinin-based combination therapies) – largely because they were not brought forward for treatment, a problem which experts say needs to be urgently addressed.