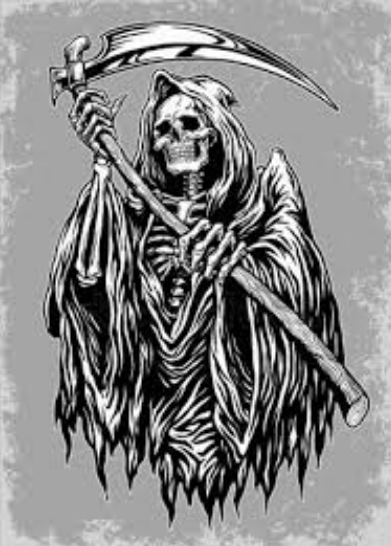 Looking east, California can envision its coronavirus future in the overflowing hospital wards of New York City. Looking west, it can draw hope from the disease’s swift decline in Asian nations that quickly imposed strict physical-isolation measures on infected people.

Two months after its first confirmed case of the deadly respiratory illness in California, the state is preparing to confront what public health authorities agree will be the cruelest month — an April that portends a peak in sickness and death.

How cruel remains to be seen. Officials hope that sharp limitations on work and public activity, imposed by Gov. Gavin Newsom on March 19, and subsequently ratcheted up in some cities and counties, will hobble the COVID-19‘s racehorse spread.

The enormous social reengineering of recent days has closed businesses and emptied public places. But its ultimate effectiveness remains one of multiple unknowns — dependent on innumerable actions by millions of Californians.

Preparing for the worst, hospital administrators across the state continued Friday to clear all available beds for an influx of patients. San Francisco ordered priority testing for doctors and nurses to try to prevent sick health practitioners from becoming super-spreaders of the disease. Los Angeles County shut all of its beaches to limit social interaction. And the Navy hospital ship Mercy cruised into the Port of Los Angeles, with 1,000 beds and 800 staffers ready to help easy the county’s healthcare system.

The number of confirmed coronavirus cases in California jumped from 1,468 on Sunday to 4,598 Friday, while deaths climbed from 27 to 93. But because the case count remains reliant on testing, which is being expanded but still lags behind other states, the actual incidence of the disease is certainly much more widespread.

“The numbers can get huge, which means the implications for the healthcare system are equally dramatic,” said Barbara Ferrer, Los Angeles County’s public health director. “Without slowing the spread, we could easily overwhelm our system here in L.A. County and the entire healthcare system in California.”

Although a system overload remained the fear, one projection from University of Washington epidemiologists suggested that California’s 9-day-old stay-at-home order might keep the hospital overload below catastrophic levels. And Dr. Robert Kim-Farley, a UCLA epidemiologist, said Friday that after a considerable uptick in cases, “I think we should be able to see some leveling off of those numbers in a couple of weeks, because of the physical distancing measures.”

While the U.S. now stands to have the worst outbreak of any developed country in the world, UC Berkeley biostatistics professor Nicholas Jewell said California will soon learn whether its limits on work and public movement have paid dividends.

Because of a lag time of as much as two weeks between transmission of the illness and the onset of symptoms, gauging the benefits of physical distancing takes time. With California’s stay-at-home order eight days old on Friday, people reporting the illness might have been infected prior to the limitations.

“We need another week or two to really tell if California’s fairly quick shelter in place did make a difference,” Jewell said. “It has the potential to make a huge difference. I know that mathematically … But I don’t know that with any degree of certainty.”

Some experts remain fearful that the disease curve will flatten, but at a dangerous level that sends too many patients to hospitals for months. “The problem is not the peak of the epidemic wave,” said Stanford University infectious disease expert John Ioannidis. “The problem is: How long are we above the point of saturation for the medical system?” But projections from the University of Washington’s Institute for Health Metrics and Evaluation show California could end up with a milder peak of cases than New York state is projected to have.
While New York state could see its worst daily death toll of roughly 550 fatalities from the coronavirus by the second or third week of April — with a range that includes as few as 124 deaths daily to a maximum of 1,357 on the possible worst day — California could see its worst daily death toll in late April, perhaps around 150 deaths in a single day, the computer simulation found.

A best-case scenario puts the California toll at two deaths a day and a worst-case projection envisions as many 370 deaths daily at the peak in late April.

The University of Washington researchers cautioned that their projections are freighted with considerable uncertainty, gleaned from thousands of computer simulation runs to come up with a single, most-likely outcome. 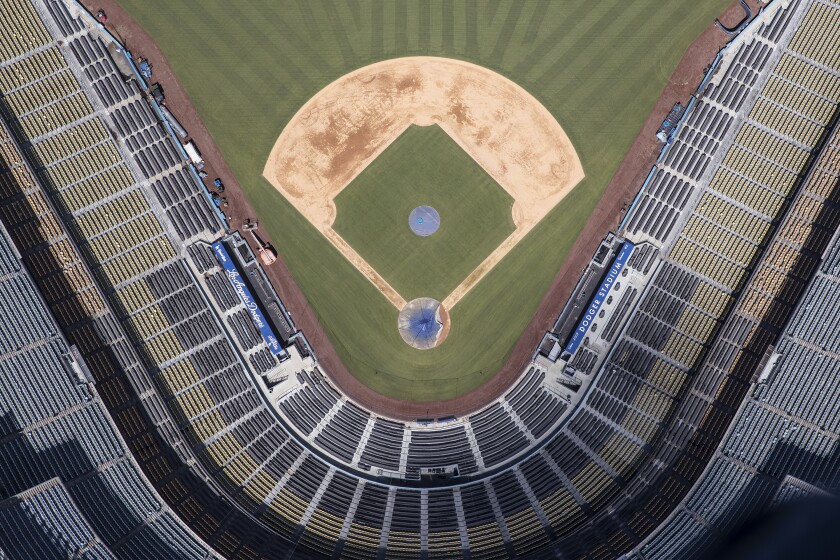 Unlike other models of the trajectory of the new coronavirus, the study relies on death counts from the United States and around the world. The scientists believe those numbers are more reliable than counting the confirmed number of infections, which vary greatly because of disparate testing rates around the U.S. and the world.

And the variations on the number of hospital beds that will be needed in California also diverged wildly, from as few as 1,200 to nearly 36,000. The ICU bed demand also got a broad projection, from a low of 90 to a high of 5,700.

“What we think we’ll see is a quite late peak in the epidemic in California, and that’s because there’s been a very slow trajectory of growth — of deaths and cases in California,” said Dr. Chris Murray, the author of the study and of the institute. “And that may be because of earlier social distancing. We don’t know. But certainly it is not the trajectory we’re seeing in New York, or Louisiana, or Georgia, for example.”

The debate over possible outcomes was put into clear view in the Silicon Valley, where the city of San Jose projected the number of possible deaths for the region, only to promptly have its estimate called into question by officials in Santa Clara County.

City officials said during a discussion with the San Jose City Council on Thursday that they projected a death toll from the illness of at least 2,000 for Silicon Valley and as high as 16,000, by the end of May. A day later, Santa Clara County released a statement saying it had not “produced, reviewed, or vetted” the San Jose projections.

The lessons from overseas seem to be that physical-isolation measures can work, said Kim-Farley, the UCLA epidemiologist.

Italy imposed strict orders to stay in the home, but it’s likely they went into place only after the coronavirus had spread widely. “I would be expecting that within another week or two … the number of cases or deaths will slow down and ultimately will become less and less, like we saw in China,” Kim-Farley said.

American experts will also be looking overseas to see what happens when social separation rules are loosened, as they will be when the Chinese begin to return to work in the coming weeks. “It’s hopeful they would not see a major second wave,” Kim-Farley said. “That is the $64,000 question: What will happen?”

The uncertainty did not sit easily with nurses, doctors and other hospital workers who are preparing for an onslaught of cases.

An emergency room nurse at one large hospital in Los Angeles said anxiety is rising among staff as the number of COVID-19 patients grows, with fears exacerbated by a global shortage of protective gear.

“A lot of us are really scared to go to work,” said the nurse, who was not authorized by her institution to speak to the media. “Our families are literally afraid when we come home from work.” When she sees people outside the hospital failing to abide by physical-distancing rules, she gets mad.

“We wish we could stay home too,” said the nurse, who declined to be named. “But we can’t.”

An operating room nurse at a Kaiser Permanente hospital in Los Angeles County shared that sense of foreboding, saying guidance on how workers should best protect themselves changes daily, with the guidelines steadily becoming less rigorous.

“We’re all just kind of like, ‘What in the world did we get ourselves into?’ This is not what we signed up for,” said the nurse, who also asked not to be named. “We didn’t think we would ever be in the position of healthcare workers working in a Third World country, in the middle of the woods … It’s been chaos.”

Another unknown is how California’s homeless population will affect the crisis.

California has more than 150,000 people living in unstable housing conditions, with 108,000 living outdoors. The tens of thousands of people living on the street represent a risk to hospitals because they are especially susceptible to severe cases of the novel coronavirus — they are aging, often have underlying health conditions and live in environments where sanitation is difficult.

Boston researcher Thomas Byrne compares the homeless population to those in nursing homes, and points out that those living on the street often have the medical conditions similar to housed people 20 years older.

Byrne released a study this week that predicts up to 2,600 homeless people in Los Angeles alone could wind up in hospitals with the coronavirus, and about 900 could need intensive care, tying up crucial resources.

Gov. Gavin Newsom last week set in motion an ambitious plan to move tens of thousands of homeless people into hotels and motels. But so far, only a few thousand unsheltered people across the state have been relocated to shelters and a few hundred of the first available rooms — though Newsom said more than 4,000 have been leased or purchased.

Kim-Farley urged Californians to remain hopeful, saying: “There is life after COVID-19. It is not an existential threat to all of mankind. We will overcome this.”