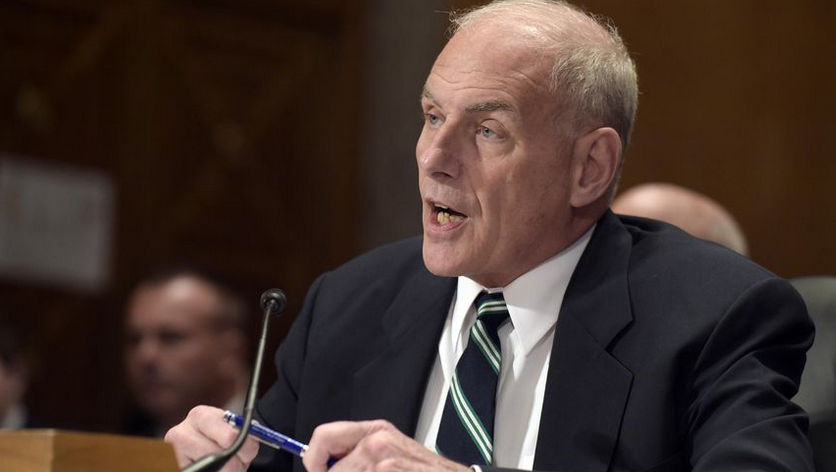 The Trump administration last week floated an amnesty idea for potentially 1 million illegal immigrants, looking to find permanent solutions for some of the most sympathetic cases in the long-running immigration debate.

In two days of testimony to Congress, Homeland Security Secretary John F. Kelly said he doubts his ability to oust some 250,000 immigrants from Central American countries who have been in the U.S. for nearly two decades on a temporary humanitarian relief program.

He also signaled that he would keep protecting 780,000 Dreamers from deportation and hoped Congress would grant them permanent status.

“You’ve got to solve this problem,” Mr. Kelly told the House Homeland Security Committee when members prodded him not to deport Dreamers.

He said he would not deport Dreamers but warned that the policy could change when someone else takes over his job, making the only solution congressional action. He said there is clear bipartisan support for some form of permanent legalization and urged lawmakers to take the opportunity that the Trump administration is giving.

If lawmakers wait, he warned, a future secretary might take a stricter line on Dreamers and fully cancel President Obama’s 2012 amnesty, known in governmentspeak as DACA.

Under DACA, illegal immigrants who came to the U.S. as children and who have kept a relatively clean record, were 30 or younger as of 2012 and who have worked toward a high school diploma are granted a renewable stay of deportation, along with a work permit entitling them to hold jobs, get a driver’s license and obtain some taxpayer benefits.

Mr. Kelly also took a humanitarian view toward perhaps 250,000 migrants from El Salvador, Honduras and Nicaragua who have been protected from deportation for nearly two decades under temporary protected status, a program designed to make sure people don’t have to go back home to countries suffering natural disasters.

The earthquakes and hurricanes that granted the protected status are well in the past, but the Bush and Obama administrations renewed the program.

All told, people from some 10 countries are covered by temporary protected status. Mr. Kelly recently renewed Haiti’s designation, stemming from the 2010 earthquake.

The secretary said he would try to encourage the Haitians to go back eventually. For the Central Americans, however, “it’s kind of hard” to root them out and send them back.

He suggested instead that Congress grant them “a way toward citizenship.”

The suggestions are splitting advocacy groups, some of which say they are willing to look at proposals as long as the deal is fair while others insist there is no room for negotiation.

Mark Krikorian, executive director of the Center for Immigration Studies, which supports stricter limits on immigration, said the key is what kind of deal can be struck.

“Those are the two groups of illegals who have been provisionally amnestied, but not permanently so. Turning those provisional amnesties into a permanent one in exchange for some kind of significant enforcement measures could make sense,” he said.

He floated the idea of coupling a permanent amnesty for the roughly 1 million Dreamers and longtime temporary protected status recipients with an end to the Diversity Visa lottery, which gives away 55,000 immigration slots a year by random chance, and by imposing a mandatory requirement for all businesses to use E-Verify, the government’s work-authorization system, to make sure their potential hires are legal.

“If I were a congressman, yeah, I’d probably vote for that,” Mr. Krikorian said.

The Diversity Lottery has some supporters but for the most part is viewed as an out-of-date anachronism in the immigration system — another program that allows immigrants to choose the U.S. rather than Americans to choose immigrants who meet the country’s needs.

Meanwhile, E-Verify has long been on the wish list for enforcement advocates, who believe that if businesses are forced to vet their employees, then the jobs magnet for illegal immigrants would dry up.

Cesar Vargas, a Dreamer and advocate for immigrant rights, said he would be open to hearing about a deal for Dreamers and didn’t rule out E-Verify, but he added that supporters would have to prove it would be workable and wouldn’t pose a major burden on small businesses.

Still, he said the immigration debate has been stalled for so long that he wants to see concrete proposals on the table.

But Greisa Martinez, an advocacy director at United We Dream and another Dreamer, said Republicans have put their enforcement measures into this year’s spending bill, which allocated money for more Border Patrol agents and deportation officers, as well as for several dozen miles of border barrier.

She said there is no deal if Republicans demand more.

Matt O’Brien, a former immigration official who is now with the Federation for American Immigration Reform, said he fears Republicans who run Washington would leap at a deal that would grant a permanent amnesty to Dreamers — though he said it would come with political peril.

“FAIR’s position has always been that we want to see the border secured and the rule of law enforced. Trump made a campaign promise that he was going to repeal DACA, and that’s a promise I think he should keep if he wants to retain the support of those who put him in office,” Mr. O’Brien said.

The danger in an amnesty has always been the message it would send to potential migrants. The 1986 amnesty, far from solving the problem, paved the path for the current illegal immigrant population, which is estimated at 11 million.

The Trump administration has made some headway in tamping down the flow of border jumpers, but illegal immigration appears to have shifted instead to migrants who come legally on temporary visas but don’t leave when their time expires.