Already devastated by an earthquake and rampant corruption, the people of Haiti have another problem to worry about: the rise of powerful gang bosses like Barbecue.

PORT-AU-PRINCE—Since the assassination of Haiti’s President Jovenel Moïse on July 7, the small island nation has spiraled even further into chaos. From a devastating earthquake earlier this month, to violent gangs gaining ground, and rampant corruption within its elite, it is hard to see how the country will prosper. In fact, the current political elite’s inability to deal with and then fix any of these issues is a testimony to its unwillingness to care for its people, who are forced to fend for themselves.

In times of crisis, unlikely leaders often emerge. History is full of individuals who decide to take up arms and plunge into the unknown. In Haiti, this void will most likely see a rise of powerful gang bosses, including one of the country’s most notorious, Jimmy Cherizier, also known as Barbecue. The former police officer turned gang leader controls with his small army of armed young men the neighborhood of Delmas. For a few years now, Barbecue and his soldiers have consolidated their power base, amassing a large amount of assault rifles, hand guns, and cash—and the obedience of locals in and around his neighborhood.

“If tomorrow I run for the Senate, I can win because people love me here,” the gang boss said in an exclusive interview with The Daily Beast. “Yet I chose not to run for elections as it is useless… I will lead an armed struggle before I enter politics in a peaceful manner.”

This declaration of war against the current government has not gone unnoticed. Barbecue firmly believes, at least publicly, that he is now doing politics, and desires to compete with the current government and give freedom and wealth to the Haitian people. “I’ll lead an armed struggle to liberate this country… against the 5 percent of the Haitian population that controls 85 percent of the entirety of the nation’s wealth,” he tells The Daily Beast, framing himself as a modern-day Haitian Robin Hood.

Barbecue, like most Haitians, is more than aware that the few families who control all imports into Haiti, its electricity company, and other types of amenities, do not want to see a prosperous nation, as it would directly challenge their power and income. But the gang boss has some obstacles to overcome before he can “fix” that problem; his many enemies accuse him of murder, rape, and theft, and do not want to see him gain further political power.

“I have never ordered kidnapping, murders or rape to anyone in Haiti,” he proclaims loud and clear. Whether or not that is true, it’s safe to say that many people in Haitian politics have struggled to keep their hands clean.

If what Barbecue is saying about an “armed struggle” is true, then this could spell potential civil war in Haiti. That rather daunting scenario grows more and more likely as the desperation of the Haitian people hits peak levels. Tensions can blow at any moment.

“You can certainly see how dirty my country is, how the garbage is now everywhere. Even animals in other countries live better than poor Haitians,” says Barbecue. “Girls have to survive so they sell their bodies for sex, while some get murdered and left on the side of the road and no one cares. I want to give dignity once more to my people.” 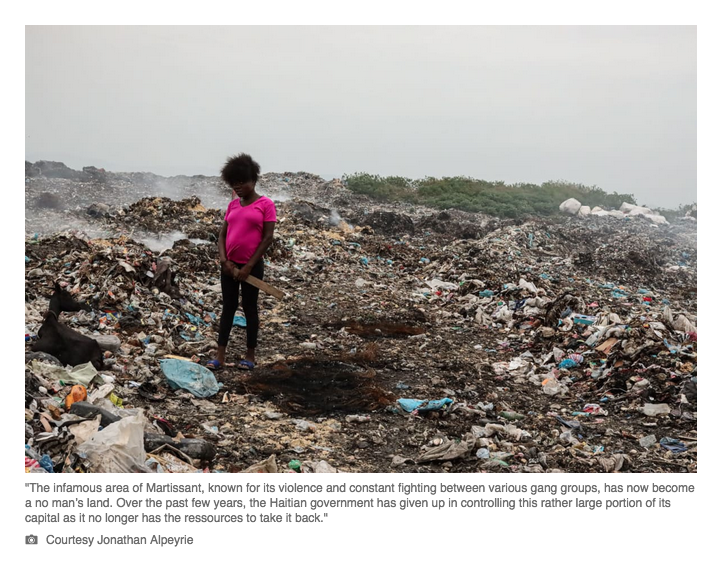 Barbecue does not only see himself as a caregiver, but also as some kind of legend who has a duty to stir Haiti in the right direction. “I am a nationalist and a patriot, it is my duty to put my life on the line for my people,” he proclaims. In the back of his mind he might compare himself to Toussaint Louverture, who fought a difficult guerrilla war against the French at the end of the 18th century. “I dream of a better Haiti,” he adds.

Whether or not Barbecue is the next Toussaint Louverture or not, he certainly has a very arduous path in front of him, with no guarantee that he will survive much longer, let alone succeed. Regardless of his intentions, the gang boss will have to transform himself into a leader who people can follow and believe in. No easy task.

But the timing of Barbecue’s rise might work to his advantage: The situation in Haiti is now so dire that entire neighborhoods in Port-au-Prince, like Aviation, Delmas, or Martissant, just to name a few, have fallen under complete gang control. Shops, banks, and homes in entire neighborhoods have now been deserted. Gangs essentially control all western entrances by road to the capital. This strategic positioning is not a coincidence; it’s meant to show the government who’s really in charge now. Recent Haitian governments have tried to clear the entrances by sending in special police units, but to no avail.

Many locals accuse the government of being in bed with some of the most powerful gangs within the capital. Some even suggest that the government pays some of the gangs in Martissant to control the population, using them as leverage to stay in power.

But what if that backfires?

As successive Haitian governments continue to fail in their institutional obligations, underlying powers grow in strength and voracity. The Haitian government under Moïse, and now under Ariel Henry, has little to show for. In fact, their strength on the ground is meager to say the least, with insufficient police and military forces to enforce government rule.

“The Haitian people, in our misery, are in a state of shame, drowned in front of the whole world,” Barbecue tells The Daily Beast. “We, the Haitian people, are a people of great empires… It is [the government] who made us lose our dignity, that is why I am waging an armed struggle.”

In Haiti, there is always A MOUNTAIN BEHIND A MOUNTAIN. 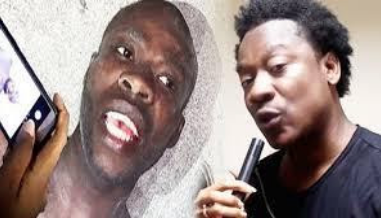 He held the Nation’s attention as he fought the PNH, his gang members killing PNH officers as he ruled over his district, supported by many  Mountains behind the Mountain.

He held his area under a firm hand and did – in fact – attempt some social projects to better the residents of Cite de Dieu.

Arnel Joseph eventually retreated from Cite de Dieu to the countryside, where his gang terrorized a community. People were killed. Some beheaded. When he was finally injured, in a major gun battle, Senator Garcia Delva transported him to hospital in the Senator’s official vehicle.

They finally transferred him with a UN helicopter. 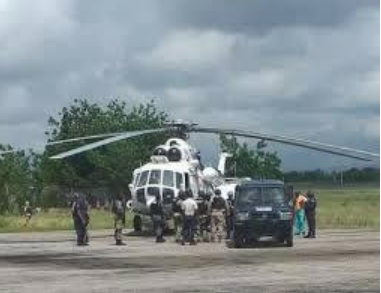 Arnel Joseph was sent to the Croix Des Bouquets Penetentiary where he received VIP treatment, coordinated his gang via cell phone, and received guests.

He was handled with kid gloves since he could talk, and implicate his true sponsors.

Over a period of time his power diminished.

There was finally a suspicious jail break in which many prisoners refused to take the open door, fearing they would be shot, trying to escape. A motorcycle picked Arnel Joseph up and carried him to his home town.

There the PNH was waiting and he was shot dead. 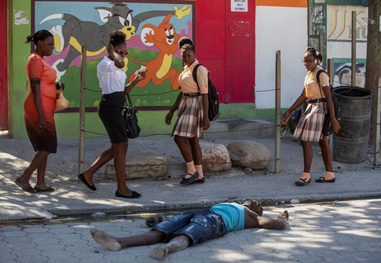 What many didn’t notice was the fact his ankles had rusty handcuffs still attached. They had been cut to leave the links on each ankle.

What does this this tells us? 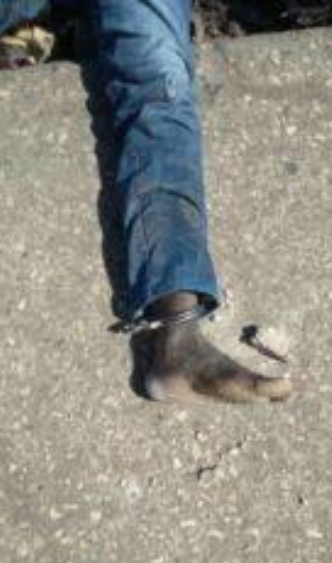 It tells us Arnel Joseph had been abandoned by his sponsors, for some time, and had suffered less than VIP treatment for at least long enough for his shackles to rust.

When he could no longer be a danger, he was eliminated.

HOW LONG WILL IT BE BEFORE BARBEQUE FINDS HIMSELF WITH A PAIR OF RUSTY HANDCUFFS AROUND HIS ANKLE? 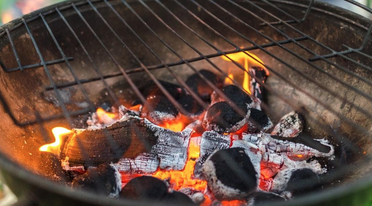