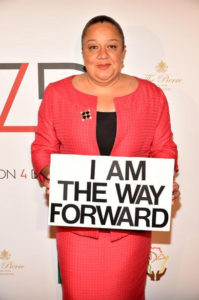 The Haitian rumor mill sees Queen Sophia’s ego getting the better of her. She sees herself as a potential candidate to replace her husband, Michel Martelly.
The fact that she is an American citizen must be accepted as a hard to ignore fact. Although some suggest that her soul-mate Ambassador Pamela White has “taken care of this” there are still some major jumps that must be taken. America’s Internal Revenue Service must give her a discharge before cancelling citizenship.

There is also a very strict legal requirement that all income – legal/illegal must be declared. This is how they convicted Al Capone – he failed to declare his criminal dollars.

Has Queen Sophia declared the millions she has stolen from Haiti’s treasury? Has she declared the envelopes, shoe boxes, and large bags of hard currency, delivered to her office by her team of drones.

Affaires Sociales, Education, Culture, FAES, Director of Aviation, the list goes on. Anyone wishing her approval for a contract forked out big dollars.
Her candidacy will open up a real can-of-worms for the world to see.