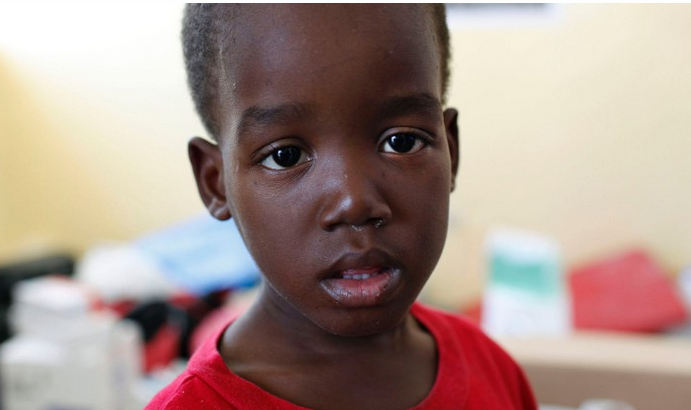 My Hero is a series profiling remarkable people around the world who have touched the lives of anchors and correspondents at CNN. Discover more over at CNN Heroes.

Haiti’s colossal earthquake of 2010 leveled entire neighborhoods, and the capital Port au Prince was a reeling. Rescue arrived too late for many and medical resources were scarce for the survivors. An estimated 200,000 were dead.
And yet, nearly eight days after the earth shook, a young boy emerged, gasping from the rubble. Lungs filled with dust and exhausted, five-year-old Monley Elysee was alive against all odds. Both his parents had perished in the quake, his mother lay dead meters away, but Elysee had survived, huddled under a metal table — a treacherous crawl space bent and buckled by the weight of concrete above it.
It was up to his uncle Gary to bring Elysee to the hospital in downtown Port au Prince for urgent attention. At the entrance the duo encountered CNN’s Anderson Cooper and crew, reporting on the aftermath of the earthquake.
“Suddenly this little boy was brought in, covered in cement dust and rubble dust, totally shocked,” Cooper recalls. “He wasn’t speaking, but he had made it.”
“To have the fortitude to survive all alone, in the terror and the dark, day after day after day,” he adds, marveling at the boy’s resilience. “[He’s] a sign of hope.” 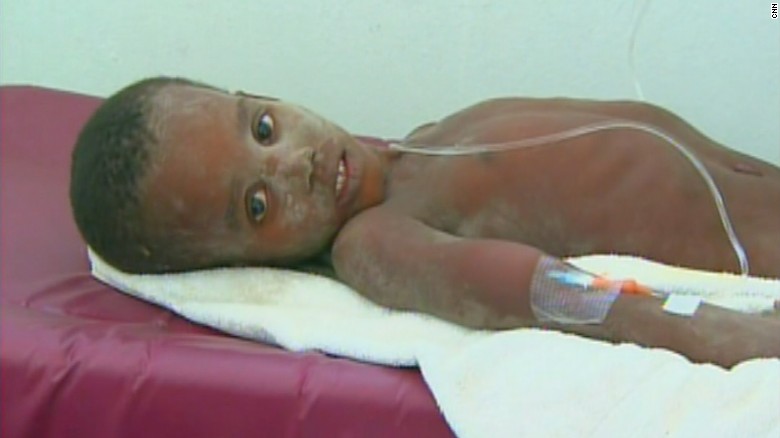 Monley Elysee, receiving urgent treatment in January 2010.
Dehydrated and malnourished, Elysee was put on a drip and in the days that followed gradually regained his strength. Tracking his recovery, the AC 360 team brought the world’s attention to one of Haiti’s many children newly-orphaned by the earthquake. Elysee had lost 10 members of his family in the disaster, but his case was far from unique.
When the CNN crew returned home, they kept in touch with Elysee’s carers. Seven years on, the young Haitian is still fighting against the odds — but has come out swinging.

In Haiti positive is a relative term.
The poorest nation in the Western hemisphere took a beating in 2010, and again in 2016 with the arrival of Hurricane Matthew. It ranked 163 out of 188 countries in 2015’s UN Human Development Index, and average annual income stands at $1,699. Fifty nine percent of Haitians live in monetary poverty, according to UNICEF, and 23.8% are listed as extremely poor, living on $1.23 or less a day. 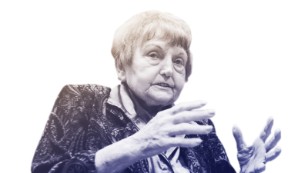 Eva Kor: Auschwitz survivor preaches forgiveness
Children are vulnerable. Orphans more so. Forty two percent of the country’s 10.9 million people are under 18. Among children in urban areas, 82% experience deprivation of at least one basic need. In rural areas the rate stands at 97%.
“One in four children live separately from their parents,” UNICEF reports. “Over 700 unregulated residential care facilities operate in the country, hosting an estimated 30,000 — 75,000 children.”
Distressingly, they say that in 80% of these children “are not orphans but have been left by their parents due to poverty, illness or other issues.” 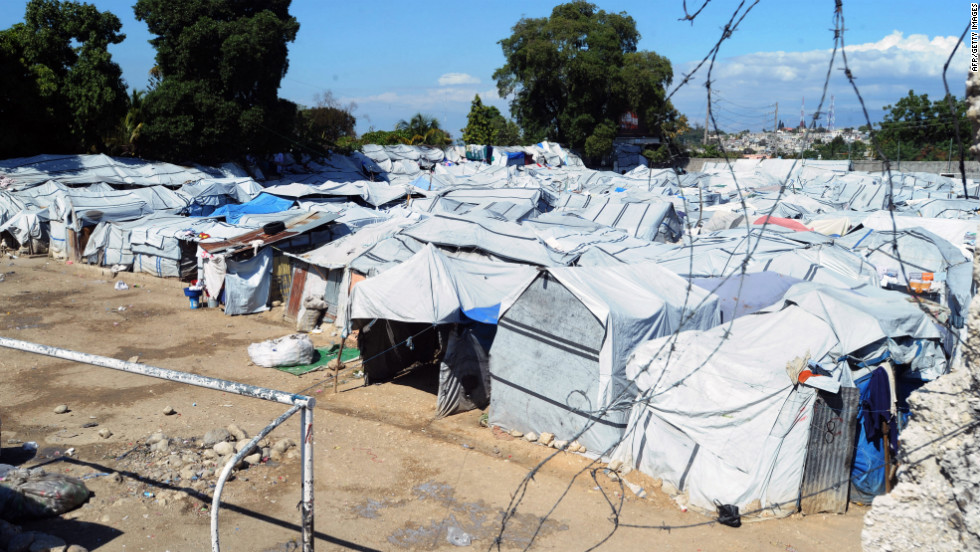 One of the temporary displacement camps set up in Haiti after the earthquake, pictured 2012.
Against this backdrop, Elysee’s story is nonetheless a positive one.
After the quake he and his brothers and sister were taken in by their uncle. They lived in a tent camp at first, before moving to a partially collapsed structure next to the site of their former home. The family soon began receiving support from Worldwide Orphans (WWO). The organization, established by pediatrician Dr Jane Aronson in 1997, has helped for 3,000 Haitians since 2010, and currently aids 650 children.
For a time Elysee was reticent, and there were concerns he was suffering from post-traumatic stress. But with the help of WWO he’s now a happy, smiling 12-year-old, living in Port au Prince with his uncle’s wife after Gary moved to the US. Worldwide Orphans currently assist Monley and his family with schooling, school supplies and uniforms, a spokesperson from the NGO told CNN. 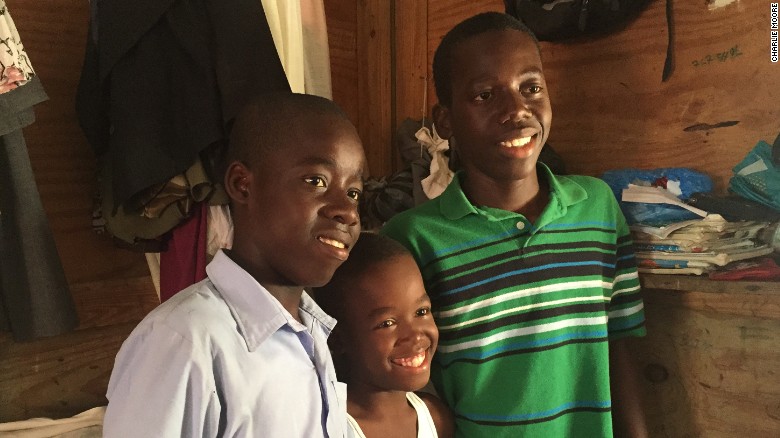 Monley (center) with his brothers Christoper (left) and Moise (right).
An education is far from guaranteed in Haiti, where nearly a fifth of children 6-11 do not attend primary school according to UNICEF. But Elysee and his brothers now have the best possible chance of a prosperous future.
“(Monley) likes languages like French and English,” say WWO, but the young Haitian has a particular career in mind.
“I would like to be a doctor,” Elysee says, “but do not know yet which branch I would like to specialize in.”

The 12-year-old admits — quite understandably — that he’d be a little afraid of treating the wounded, but there’s a long way to go before he’ll have to confront a hospital ward again. That he has the opportunity to pursue his dream is remarkable enough in itself. 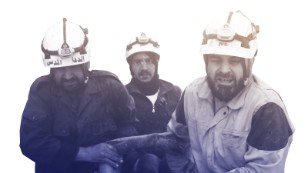 The White Helmets: ‘The most dangerous job in the world’
The host of AC 360 is full of admiration, even now.
“I just think there’s something about that determination that little boy showed… to not only survive the horror of the earthquake but to progress,” Cooper says.
“To live without your parents, live with the uncertainty of what your future is going to be, and yet to move forward and to be a good person, and make do with what you have, and to try and strive for more and try to make something of your life… to me that’s just heroic.”