Snake handler Saintilus Resilus is a performance artist who exhibits snakes and other animals which Haitians don’t see every day, earning tips from impromptu audiences. Peak season for Saintilus is the pre-Lenten Carnival 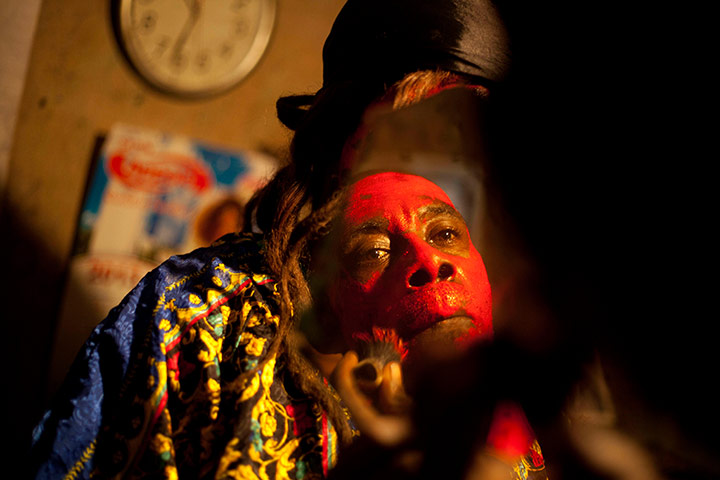 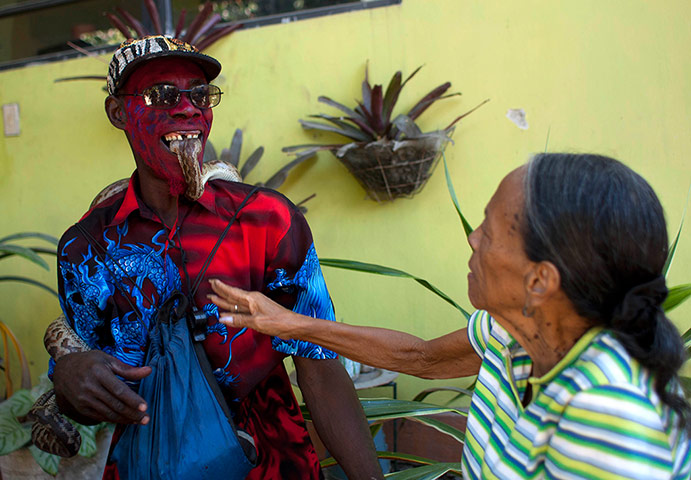 Saintilus Resilus holds a snake in his mouth as he performs for money during the pre-Lenten Carnival season. 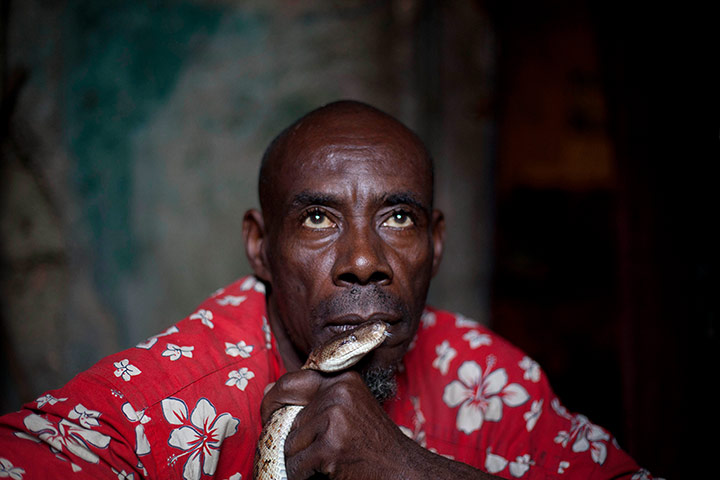 Saintilus Resilus holds a snake in front of his lips as he trains the snake to recognize his smell. 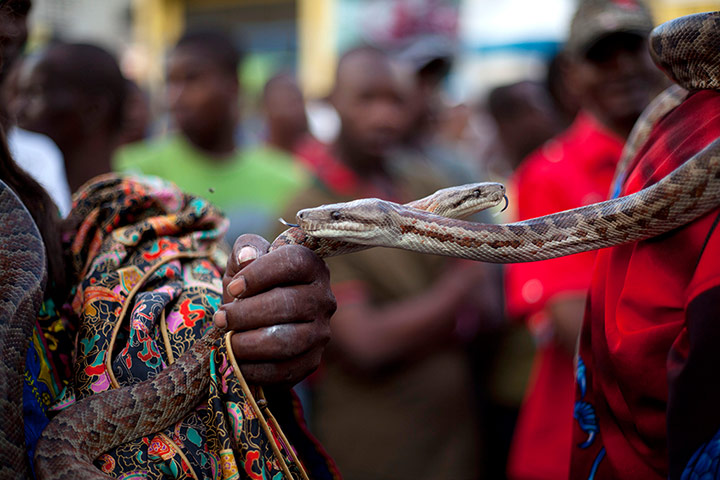 Resilus and an assistant hold snakes as they perform for money during the pre-Lenten Carnival season in Petionville, Haiti. It’s the serpents that help Resilus eat and pay rent, as well as his work as a neighborhood herbalist. 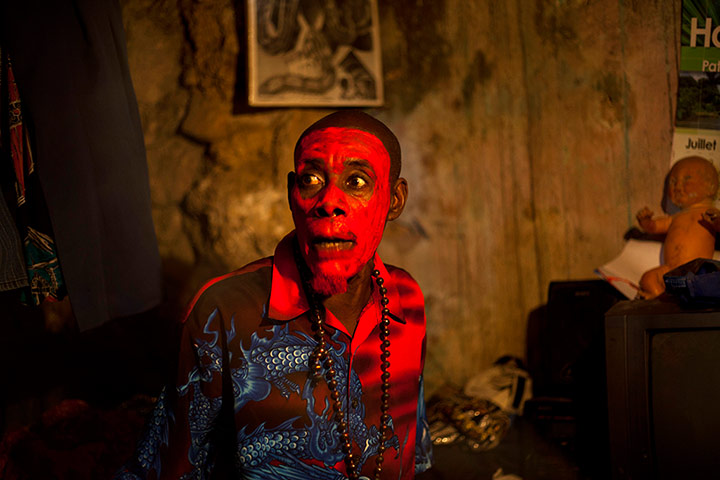 Saintilus Resilus, with his face painted red, talks to his assistants as they get ready to perform. 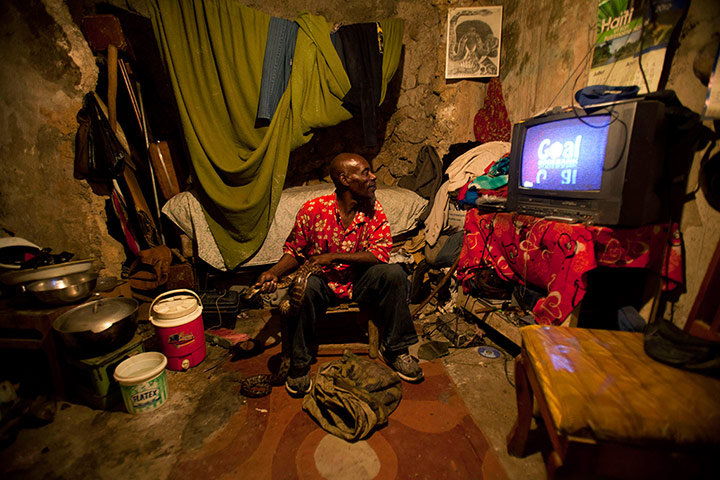 Resilus watches a football match at home while holding a snake. A bag of snakes lays at his feet. 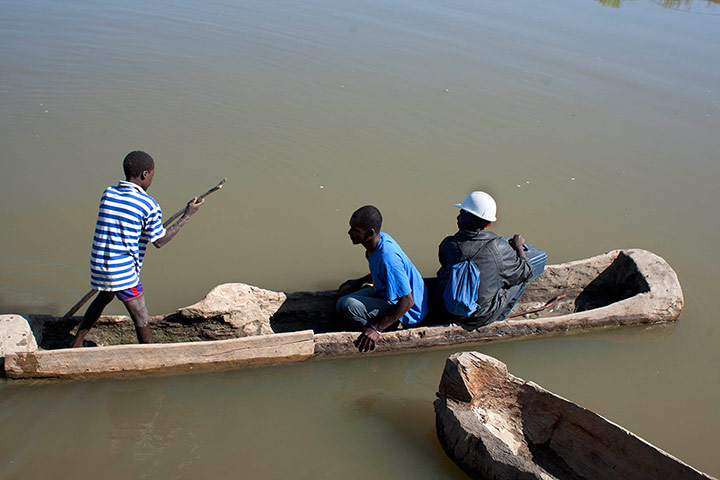 Resilus, right, and his assistant Renal Joseph are pushed in a boat by a young man paid to ferry them across the river in L’Estere, in Haiti’s Artibonite state, to search of animals to catch. 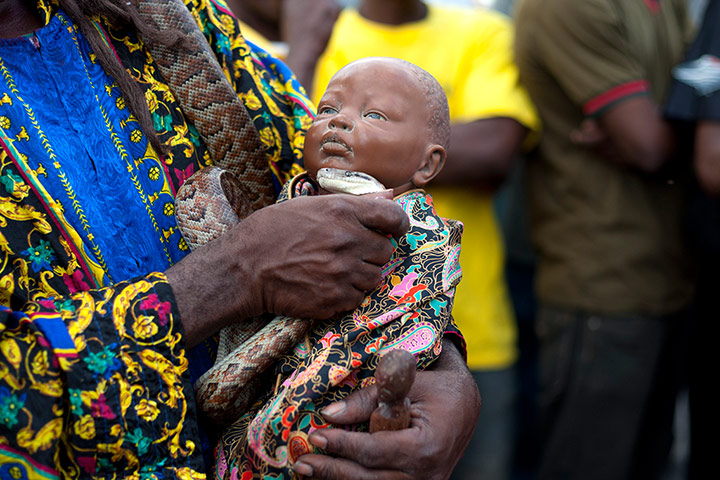 An assistant of Resilus holds a doll as part of a snake performance during pre-Lenten Carnival celebrations. 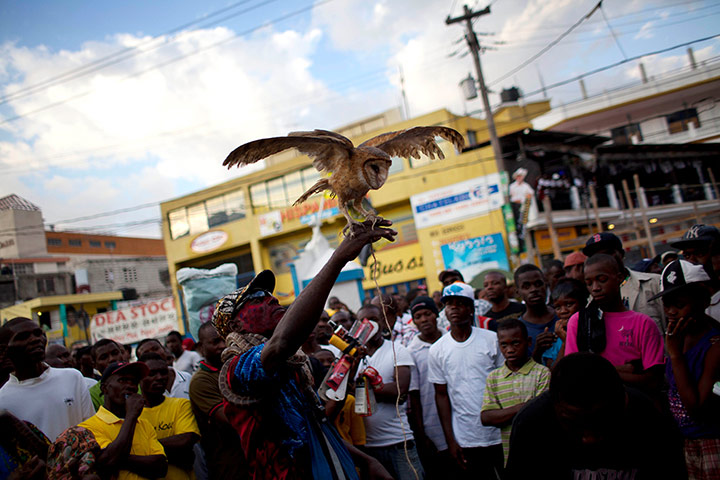 Saintilus Resilus performs with an owl he caught in the wild a few days beforehand. Resilus promises to release the owl after the festival. 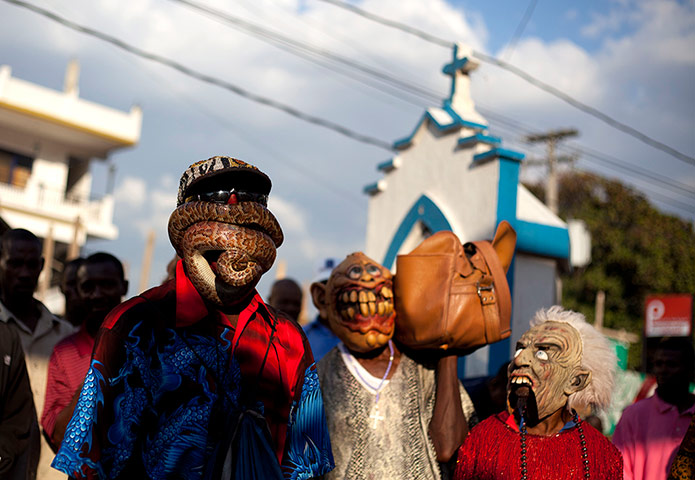 Resilus performs with a snake wrapped around his face as he and assistants walk in the streets during the pre-Lenten Carnival celebrations in Petionville, Haiti. Haiti’s snakes aren’t venomous, but they have poisoned some relationships. Resilus’ wife left him in 1991. 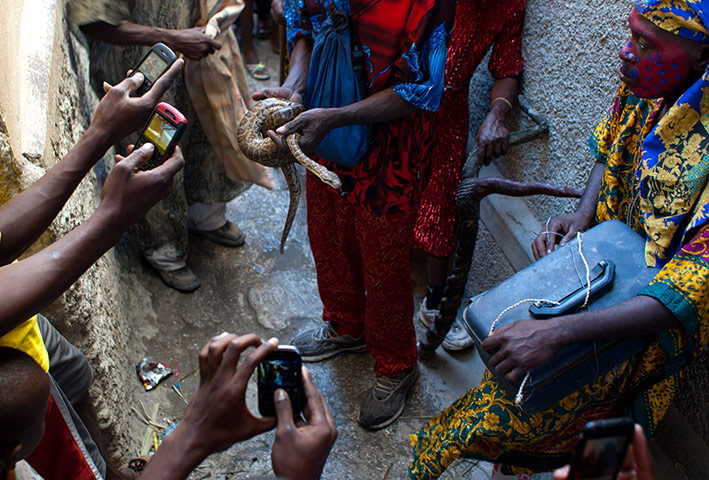 Spectators take pictures of the snakes during a street performance. 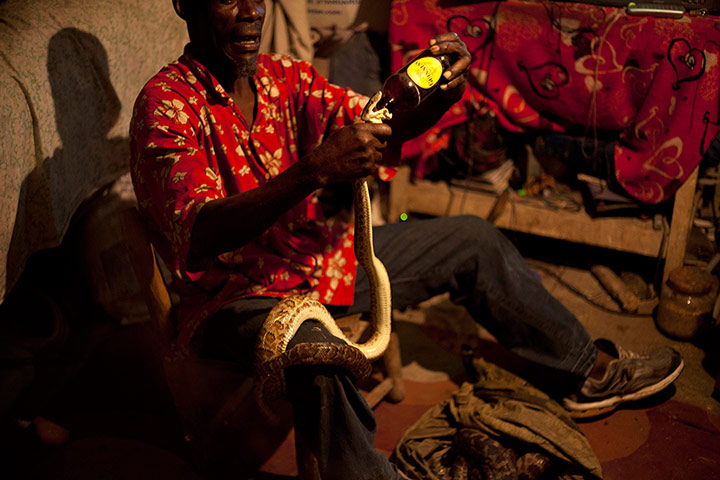