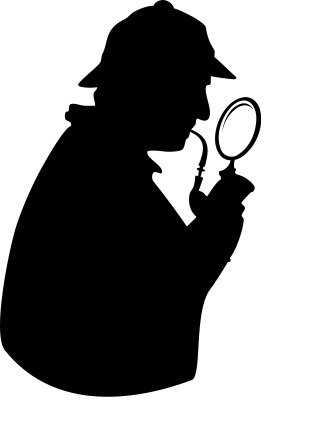 PORT-AU-PRINCE, Haiti (HCNN)– The Haitian Prime Minister, Laurent Lamothe, said on Monday that his government has declared a war on corruption and demanded a transparent management of public funds as several dozen State functionaries and other accomplices await trial after being indicted on corruption charges in the Caribbean country, ravaged by a terrible earthquake 3 years ago.

Lamothe said his government, acting under the leadership of President Michel Martelly, is determined to fight corruption and will mark a difference in the way corrupt practices are dealt with in the country.

“I want to make it clear for everybody and I really want to send a clear message that we will not tolerate corruption within this government,” Lamothe told HCNN in an interview. “We want transparency as we declare a war on corruption,” he stated.

Lamothe instructed all Ministers, Secretaries of State and other State fund managers to declare their personal assets to relevant authorities to prevent illicit enrichment.

“The people’s money should be invested in projects benefiting the population. it should not end up in the pockets of any government officials or other functionaries managing public funds,” Lamothe warned.

63 people, among them a number of State functionaries, have been indicted and will soon face trial on corruption charges because of their involvement in the misappropriation of public funds destined for paying scholarships for underprivileged kids, as part of a vast government program to send children to school tuition-free.

The government-sponsored anti corruption unit, known as ULCC, has piloted efforts that led to the arrest and the prosecution of those involved in the misappropriation of education funds that amounted to about US$ 250,000. Officials say that US$ 100,000 have already been recovered from the embezzled amount.

The Director-General for the ULCC, Antoine Atouriste, said his office is now working on 150 presumed corruption cases and will soon issue reports on a number of investigations that are coming to a conclusion.

Prime Minister Lamothe promised to provide full support to the ULCC and called on the unit to work closely with national and international anti corruption watchdogs, such as Transparency International, to help improve governance and guarantee accountability.

Through such efforts, he believe Haiti will improve its ranking on the corruption perceptions index, that measures the perceived level of public sector corruption in some 180 countries and territories around the world.

When the Martelly-Lamothe administration took office in 2011, Haiti ranked 175th on the corruption perceptions index. It gained 10 points in 2012 by occupying the 165th position. Lamothe says he wants Haiti to gain 65 points during the current fiscal year.

“I want the ULCC to aggressively fight corruption and I want Haiti to gain 65 places in the next ranking. It is a challenge but that’s what we have to fight for” said Lamothe promising further financial, logistical and political support for anti corruption agents.

“We have already increased by 40% the budget of the anti corruption unit, and we are ready to provide additional means to facilitate the accomplishment of its mission,” Lamothe explained.

Opponents of the government have accused the Martelly-Lamothe administration of being involved in acts of corruption, accusations the Haitian Prime Minister has denied. Lamothe acknowledged that corruption has long been a common occurrence in Haiti, but that his government was taking steps to combat it in ways the country has never seen before.

“We will not be able to eradicate corruption overnight. It is a struggle,” he said. “But when they say the government is corrupt, it is not true and I would not have tolerated such behavior from any member of my government”, Lamothe added.

Several anti contraband brigades have been deployed along the Haitian-Dominican border to combat goods’ smuggling that caused the country to lose several hundred million dollars per year worth of customs taxes on commercial products coming from the Dominican Republic.

Customs authorities say such measures have caused tax revenues to increase in the Caribbean country that is craving for funds to rebuild, in the aftermath of a January 2010 devastating earthquake that left up to 300,000 people killed and hundreds of thousands more homeless in the impoverished country.

Haiti’s Prime Minister, Lamothe, called on all government agencies and institutions to operate transparently and to constantly post on their websites and elsewhere detailed information about processes and fares required for the services they offer to the public.

“When people know exactly what they have to do or pay to get services, there is much less room for corruption,” Lamothe concluded.