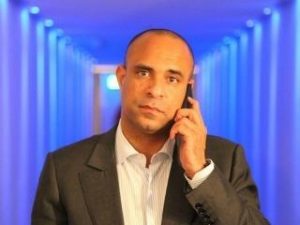 MIAMI (AP) – Haiti’s prime minister has sued a Haitian-American weekly newspaper for defamation over its reporting on the sale of a telecommunications company acquired by the Haitian government.

In the lawsuit filed Monday in Miami federal court, Prime Minister Laurent Lamothe and South Florida businessman Patrice Baker said Haiti-Observateur’s reporting on the sale of Haitel was “outrageous, scandalous and reminiscent of a tabloid publication.”

The Haitian telecom shut down earlier this year because it couldn’t pay its debts. It was then acquired by the Haitian government.

Messages left Wednesday for Leo Joseph, a Haiti-Observateur reporter named in the lawsuit along with the Brooklyn, N.Y.-based newspaper, were not immediately returned.

In an article written in French for Haiti-Observateur’s Sept. 12 edition, Joseph said Lamothe has not answered questions about the sale, though the prime minister has “cried ‘defamation’ accusing Leo Joseph and the weekly of spreading lies against him.”

The newspaper has been publishing since 1971 and serves Haiti’s large diaspora communities in New York, Florida, Montreal and the Caribbean. On its website, the paper says it has a weekly circulation of 75,000.

According to the lawsuit, most of the paper’s online readership comes from Florida, which is home to the largest Haitian-American population in the U.S.

“The newspaper spread false information about the prime minister and we are taking legal measures to request that they be retracted or appropriate remedy is given,” said Salim Succar, special adviser to Lamothe.

Haiti-Observateur published articles in August and early September that “began to spread false and defamatory statements” about Lamothe’s and Baker’s roles in Haitel’s sale, the lawsuit said.

The lawsuit said that the newspaper falsely and maliciously reported that Lamothe and Baker orchestrated Haitel’s sale, and that Lamothe fixed Haitel’s $25 million sale price and stands to receive the “lion’s share” of the proceeds.

Haiti-Observateur repeated the false and defamatory statements after Lamothe and Baker requested a retraction, according to the lawsuit.

The Haiti-Observateur articles implicate Lamothe and Baker in illegal business practices, racketeering, corruption and conspiracy, which has damaged their reputations in their political and business communities, the lawsuit said.

Lamothe’s lawsuit is not the first time that Martelly’s government has accused the Haitian-American media of defamatory reporting.

In January, a Miami law firm representing Martelly sent letters to Orlando-based website Defend Haiti complaining about “false assertions” in its articles about funding for the Haitian government’s education initiatives. The letters asked for retractions and threatened legal action if “this smear campaign” continues.

Defend Haiti said the letters were Martelly’s attempt to intimidate Haitian-American journalists. The Haitian government dropped the matter after the website’s attorney responded, refuting the allegations of defamation and pointing out that Defend Haiti’s reporting was protected under U.S. law, said Samuel Maxime, Defend Haiti’s founder.

However, Maxime also stopped reporting on the issue. He said journalists in Haiti have reported being harassed, and he worried that his family in the Caribbean country might be threatened.

“You know, it’s Haiti, and even if you get to the bottom of the story and you find wrongdoing about something, is anything going to be done? Probably not,” Maxime said.

“We realized this was a very sensitive issue with them and just decided that until we are able to actually report something even stronger that could spark some action to just leave it alone,” he said.