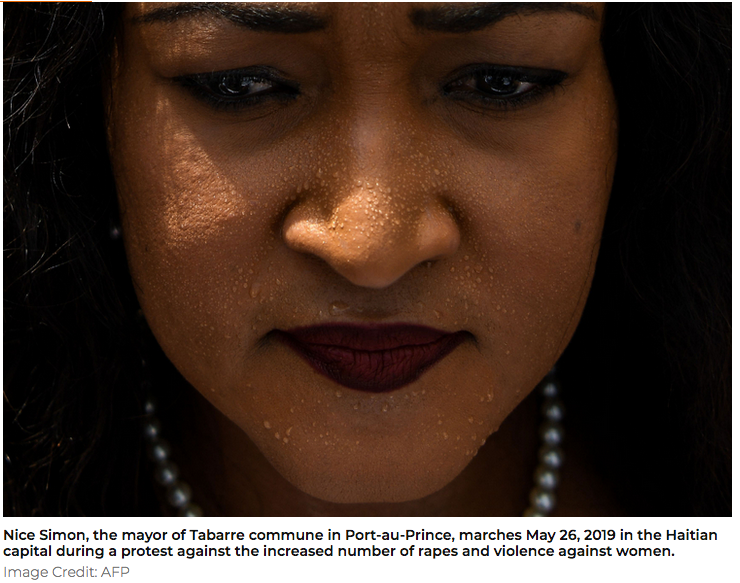 Port-Au-Prince: More than 1,000 Haitians took to the streets of the capital, Port-au-Prince, on Sunday to denounce sexual violence in the country after two students were gang-raped this week.

Marchers dressed in white walked to the city centre from the university where one of the recent victims studied, passing the scene of the attack while screaming loudly to imitate the cries of rape victims.

Under the slogan #PaFeSilans, or “do not be silent” in Creole, marchers dressed in white took to the streets of the Haitian capital, Port-au-Prince, to denounce sexual violence in the country after two students were gang-raped this weekhttps://t.co/iRfAQIs60ypic.twitter.com/VnPjlfgkps

“Rape is becoming a form of repression against women in working-class neighbourhoods and in universities across the country,” said feminist activist Pascale Solages.

Explaining the march’s slogan #PaFeSilans, or “do not be silent” in Creole, Solages said: “Victims keep silent because they feel shame and fear. But everyone must end this silence: witnesses in the communities, families, no matter where the rape is committed, silence must not be kept.”

There has been little study of sexual assault in Haiti, but in 2017, the Ministry of Health released a survey saying one in eight women report experiencing sexual violence at some point in their lives.

Haiti is dominated by a patriarchal culture and following this week’s attacks, several commentators publicly questioned whether the women were responsible for their rapes because of what they were wearing.

“Absolutely nothing can justify rape. Girls are free to walk outside at any time they want, and they can dress as they want,” said Wilkenson Saint-Fleur, a student who joined the march.

Rape is becoming a form of repression against women in working-class neighbourhoods and in universities across the country.

“We’re not living in a jungle. The authorities must now uphold their responsibilities to the public they’ve sworn to protect, otherwise people will take justice into their own hands, and we’ll fall into chaos,” he said.

The rector of Quisqueya University, where one of the victims studied, walked alongside his students and encouraged them to demand justice.

“Violence is becoming a cultural phenomenon and society is beginning to tolerate violence against women,” said Jacky Lumarque.”We must say no.”