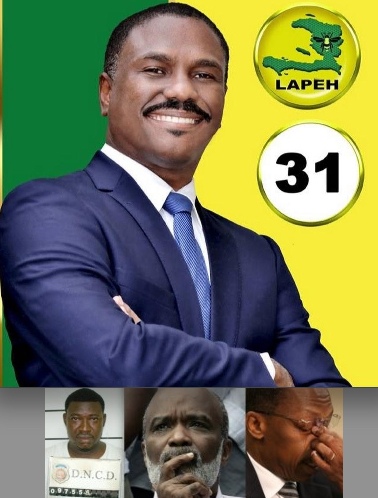 HOLLYWOOD WOULD BE PROUD OF CELESTIN!

Supported by false polls/sondages Celestin has presented a series of carefully  doctored, edited videos – when watched carefully –– reveal the truth. When  examined. one sees the same places in which the same crowd appears several times in one shot.

The media attacked Celestin for his blockage of traffic in Petionville yesterday, by placing 4 music groups at strategic locations around the area.  Videos show few people actually watching but traffic was impossible.

People could not get home from work. Kids took hours for the journey home from school, and businesses suffered.

Click on this video to see a real Celestin crowd in a location where thousands were claimed.

And tonight, Celestin is playing the same game, destroying traffic in the Port-au-Prince area.

The actual vote will show what support he has.

However, Celestin still has plans.

He has asked his supporters to remain at the polls until he is declared winner….. exactly the type of game Aristide and Preval have played – successfully – in the past, even when the actual vote didn’t support them.

The International Community must beware of the Celestin game.

In view of the fact that Celestin was involved in the assassination of a French Consul, and hired Amarol Duclona, as a hit man, one wonders how the International Community has accepted his candidacy.

Dear Editor, I appreciate the hard work that you and your staff are doing to educate the Haitians abroad and at home. I take the opportunity to inform you that there is some confusion in regard to Jude Celestin. The Jude Celestin that you are referring to is 30 years old and is currently in Jail.

The candidate is a graduate from the school of Engineering in Haiti and is 49 years old. The candidate should be subject to the Haitian constitution that requires that as holder of public funds, he must have received ” decharge” from the Haitian congress. Please also be aware that candidate Jude Celestin is under investigation in regard the the Amaral Duclona Case. “Amaral Duclona confessed that he personally kidnapped and executed Mr. Robert Marcello, the former head of the CNE – a state agency that manages the acquisition, maintenance and use of heavy construction equipment – at the request of Mr. Jude Celestin, President Preval’s closest and profoundly intimate friend ….”

“Mr. Marcello’s crime: as head of the CNE, he had refused to just fork over a contract worth over $ 97 million U.S. dollars to Mr. Celestin, without a public competitive bidding process. Mr. Marcello had just vanished into thin air and his body had never been recovered until Mr. Amaral Duclona confessed to his assassination. After Mr. Marcello’s disappearance, President Preval named his assassin, his profoundly intimate old friend Mr. Jude Celestin, to replace the unfortunate Mr. Macello as the CNE’s new Chief Executive Officer, a position Mr. Celestin holds until this very day, in spite of the serious allegations leveled against him by the infamous Amaral Duclona in confessions to police and judicial authorities of the Dominican Republic, France and the United States…”

Please make a note of it and bring appropriate corrections to your article.