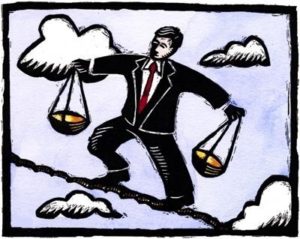 Walter Corley, a former U.S. trade official, said Wednesday that he has been focusing on efforts to stem a cholera outbreak since he was hired by Haiti in April on a one-year contract that pays $5,000 a month.

“That’s one area I’ve been focused on,” Corley said by telephone. “The big thing … is working on cholera.”

Corley said he has discussed the cholera epidemic with members of Congressional Black Caucus, including Democratic Reps. John Conyers of Michigan and Maxine Waters of California.

Haiti’s government is paying Corley to have discussions with members of Congress, the Obama administration and philanthropic groups “aimed at gaining political and financial support” for Haiti, according to disclosure reports.

Paul Altidor, the Haitian ambassador to the United States, confirmed in an email that Corley was hired by the government as an adviser on matters related to the U.S. Congress including the Congressional Black Caucus.

Corley, a Detroit native, helped manage the 1992 Wisconsin presidential primary campaign for Bill Clinton. After Clinton took office, Corley was named trade ombudsman for the U.S. Customs Service, responsible for ensuring that all federal trade laws were enforced at more than 300 land, sea, and border ports of entry.

After leaving office, Corley founded COR Logistics, a Detroit freight company, which he ran between 2000 and 2008.

Corley was in Haiti at a high-end hotel above Port-au-Prince when the earthquake struck on Jan. 10, 2010, working on a proposal to the Haitian government to convert ocean water into fresh water using solar power.

“I was at ground zero, Karibe Hotel, during the quake and witnessed firsthand the impact and destruction,” he wrote a few days later.

Corley told The Associated Press on Wednesday that cholera remains an issue as Haiti heads into the height of the hurricane season.

The waterborne disease has sickened more than a half million Haitians, making it the biggest cholera outbreak in the world.

He isn’t the only U.S. lobbyist working for Haitians.

Ceant last year hired the firm founded by former U.S. Sen. Alfonse M. D’Amato to help establish credibility as a major political figure in Haiti and introduce him to prominent charities involved in rebuilding the Caribbean nation from the earthquake, Zagame said.

“I think what Jean-Henry is just trying to do, and which we’re trying to help him with, is just to convey his seriousness as a political force in Haiti,” Zagame said.

Ceant, a 55-year-old notary and lawyer, made his debut in Haitian politics in 2010 when he was among 19 candidates who sought the presidency in a vote marred with irregularities and riots.

Running on the “Love Haiti” ticket, Ceant was viewed by some as a populist-leaning candidate because of his longstanding ties to Jean-Bertrand Aristide, the still popular, two-time Haitian president who was toppled twice and returned to Haiti last year after seven years in exile. Ceant was among those eliminated in the first round as former pop star Michel Martelly went on to win a five-year presidential term in a runoff election.

U.S. law requires lobbyists to disclose who they work for, how much they’re paid and what issues they are lobbying about.

In the past decade, the only Haitian-based clients for U.S. lobbyists had been groups of manufacturers seeking better trade benefits for Haiti, according to the U.S. Senate’s Lobbying Disclosure Act Database. Those organizations, registered as CMO-HOPE, Manufacturers Association of Haiti, Association des Industries D’Haiti, and Mulititex, spent a total of $495,000 between 2004 and 2008 pressing for more lucrative trade rules, according to the Senate records.