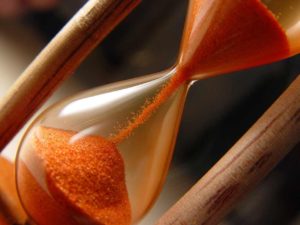 The first plant in a giant “free trade zone” (FTZ) being built with international aid near Caracol in Haiti’s Northeast department went into operation at the beginning of July, with about 400 workers assembling apparel for a company identified only as “S & H Global S.A.” The Parc Industriel de Caracol (Caracol Industrial Park, PIC, previously called the Parc Industriel du Nord) is expected to employ 1,200 workers by the end of the year, and its promoters project that 50,000 Haitians will eventually find jobs there. The main producer at the FTZ will be South Korea’s leading apparel manufacturer, Sae-A Trading Co. Ltd.

Some of the first 400 workers have already started to complain about the pay rate at the new FTZ–150 gourdes (about US$3.57) a day. The employees include women who formerly worked for another FTZ, the Compagnie de Développement Industriel S.A. (Codevi), 45 km southeast of Caracol in Ouanaminthe on the Dominican border.

During a visit to the Caracol FTZ on July 17, Haitian president Michel Martelly–accompanied by Cheryl Mills, the chief of staff to US secretary of state Hillary Clinton, and Haitian commerce and industry minister Wilson Laleau–asked the workers to be patient. Laleau assured them that as a signatory to the “Better Work” agreement, the Haitian government would demand improved conditions at the plant. “We’ve already signed an agreement with the [South] Korean government for the construction of a professional school inside the park,” he added. “Other facilities are envisioned for transportation and food services for the park’s employees.” Martelly noted that the FTZ had signed on its first Haitian firm, the paint manufacturer Peintures Caraïbes, S.A. (Radio Métropole, July 19; AlterPresse, Haiti, July 25)

The FTZ’s promoters have also had to deal with a front-page article in the July 6 New York Times, which detailed criticisms of the project at length. Although many of the criticisms had already appeared in Haitian media, much of the material was new. Reporter Deborah Sontag revealed that In December 2010 the AFL-CIO, the largest US labor federation, produced a five-page memo on what it called Sae-A’s “worst labor and criminal law violations” at its maquiladoras (duty-exempt assembly plants) in Guatemala. The memo “accused Sae-A of using bribes, death threats and imprisonment to prevent and break up unions,” Sontag wrote, “and said a local union suspected company officials of involvement in a union leader’s rape never investigated by Guatemalan authorities.”

Although Sae-A was finally pressured into allowing a union to form, it began moving its operations to Nicaragua. Now it’s making plans to move that production to Haiti once US trade preferences for Nicaragua expire in 2014. Although Caracol’s promoters claim the FTZ will “create jobs,” a Guatemalan newspaper described the process more accurately; when Sae-A shut down its main Guatemalan factory in the fall of 2011, the paper wrote: “A Maquila Closes and Goes to Haiti.”

Production is also likely to be shifted from Codevi, the only unionized garment assembly operation in Haiti, according to Yannick Etienne of Batay Ouvriye, the workers’ organization that led the struggle to form the union there. Fernando Capellán, Codevi’s owner, agreed. “They’re going to destroy my jobs to create cheaper jobs in Caracol,” he told the Times. (NYT, July 6)

The Haitians rights were effectively sold without their permission. A rate of $5.00 American per day is not enough!  The Korean group that Clinton sold out to has a bad record throughout the world. Better to cancel them out now, than to have big problems on down the line.

Haitian workers are the best in the world and they are 600 miles from the largest market in the world. This economic factor should allow higher wages, in view of the savings in shipping costs, and the tax advantages available.

Too many people, in control, are being paid fortunes – in brown bags – while the rights of the Haitian workers are ignored.

The Haitians revolted against slavery during the seventeen hundreds. It cannot be re-imposed now!