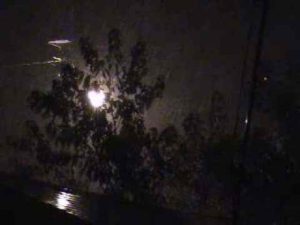 The United Nations and Haitian government make an urgent appeal for $60 million in aid as a lack of funding hampers efforts rebuilding efforts at the onset of the rainy season.

Efforts to help almost a half-million Haitians living in sprawling tent cities more than two years after a devastating earthquake and the country’s ability to prepare for future disasters are being hampered by dwindling aid dollars, Haiti’s humanitarian community said.

United Nations humanitarian agencies and the Haitian government launched an urgent appeal Tuesday for roughly $60 million in funding to provide services from April to June to camp dwellers, and to help Haiti cope with an ongoing cholera epidemic that is expected to surge with the onset of the rainy season. The appeal comes as a lack of funding continue to force aid organizations to pack up and leave, and as at least one group — the International Red Cross — considers building a hotel and conference center with it remaining funds as part of its exit strategy.

“Haitians are still living in deteriorating shelters and tents literally falling apart while donors sit on cash intended to help them,” said Elise Young, senior policy analyst at ActionAid USA, an antipoverty agency working in several camps for victims of the Jan. 12, 2010 earthquake. “A very tangible indication of the lack of donation disbursements is the decline in cholera prevention and response.’’

Philippe Verstraeten, head of the United Nations Office for the Coordination of Humanitarian Affairs in Haiti, said the lack of financial resources at the disposal of the humanitarian community is curtailing its ability to help Haiti’s most vulnerable population affected by a series of shocks, including the earthquake, food insecurity and the cholera epidemic.

The waterborne disease has already claimed more than 7,000 lives and infected 500,000 Haitians, and is expected to spike as the rains intensify. The rainy season has already caused considerable damage to at least five tent cities and up to 65,000 quake victims living in deteriorating shelters face flood risks, said OCHA.

Meanwhile, of the $231 million Haiti’s humanitarian community is seeking for 2012, only 8.5 percent has been funded, the UN’s chief humanitarian coordinator Nigel Fisher said Tuesday. A $382 million humanitarian request made in 2011 only received 55 percent funding.

Fisher said the $53.9 million urgent appeal launched Tuesday is needed for the next three months to provide among other things: potable water and hygiene services in camps; flood protection; and cholera response. Funds also will go toward protecting vulnerable camp populations from sexual abuse and violence.

More than two years after the devastation, Haiti, in partnership with Canada, the United States and the International Organization for Migration, has successfully relocated thousands of families out of camps, including the Champ de Mars, a sprawling public plaza in front of the presidential palace. Still, nearly a half million continue to live in potential public health hazard zones as potable water, latrines and waste management services disappear with scarcity of dollars.

The international community’s failure to live up to its pledges after the earthquake also have slowed the recovery, aid officials say. Of the $4.5 billion pledged for the first five years, only 52.88 percent has been disbursed, according to the UN Office of the Special Envoy.

“When there is a disaster, the public responds with tremendous generosity, and those private dollars flow into organizations that are trying to make a difference on the ground,” said Sam Worthington, who heads InterAction, an umbrella group of major international aid groups. “When the public turns its attention elsewhere, what is critical is to come through on the pledges that were made in March right after the earthquake happened. Now is the time for those pledges to come through or otherwise we are in essence forgetting the Haitian people.”

But foreign governments also need confidence in Haiti, which has struggled to provide a stable government. A month after the resignation of Prime Minister Garry Conille over tensions with President Michel Martelly, Haiti remains without a functioning government. A senate commission is expected to present a report Thursday on Martelly’s nominee, Foreign Minister Laurent Lamothe. But observers say things remain unclear as Lamothe faces questions about whether he meets the constitutional requirement to be considered for the job.

“We have seen glimmers of progress in Haiti as governments are partnering with grassroots networks to increase aid oversight and accountability,” Young said. “The international community must step up to its commitments, and partner with the Haitian people, first and foremost to assure that Haitians currently living in [Internally Displaced People] camps and precarious situations have access to decent, sustainable housing and that they are a part of the reconstruction process.”