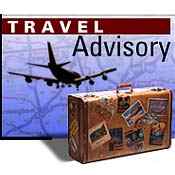 The Department of State has issued this Travel Warning to inform U.S. citizens traveling to or living in Haiti about the security situation in Haiti . This replaces the Travel Warning dated January 20, 2011 to consolidate and update information regarding the critical crime level, renewed cholera outbreak, lack of adequate infrastructure – particularly in medical facilities, seasonal severe inclement weather, and limited police protection.

The Department of State strongly urges U.S. citizens to consider carefully all travel to Haiti . Travel fully supported by organizations with solid infrastructure, evacuation options, and medical support systems in place is recommended and preferable to travel in country without such support structures in place. U.S. citizens traveling to Haiti without such support have found themselves in danger in the past.

U.S. citizens have been victims of violent crime, including murder and kidnapping, in Port-au-Prince . Some kidnapping victims have been physically abused, sexually assaulted, shot, and even killed. No one is safe from kidnapping, regardless of occupation, nationality, race, gender, or age. In a number of cases this past year, travelers arriving in Port-au-Prince on flights from the United States were attacked and robbed shortly after departing the airport. At least two U.S. citizens were shot and killed in such incidents. Haitian authorities have limited capacity to deter or investigate such violent acts, or prosecute perpetrators.

The Haitian National Police (HNP), with assistance from UN Police (UN Pol), are responsible for keeping peace in Haiti and rendering assistance during times of civil unrest. However, given the possibility and unpredictability of violent protests, the ability of HNP and UN Pol to come to the aid of U.S. citizens in distress during disturbances is very limited. The U.S. Embassy does not have the capacity or infrastructure to evacuate U.S. citizens and relies on the HNP to provide assistance. U.S. citizens in Haiti must therefore have well-prepared security plans, including a location to shelter in place stocked with provisions, and a private evacuation strategy given the possibility that violent disruptions could, as in the recent past, make it impossible for them to circulate freely.

The January 12, 2010 earthquake significantly damaged key infrastructure and greatly reduced the capacity of Haiti ‘s medical facilities. Despite the passage of time, Haiti ‘s infrastructure remains in very poor condition, unable to support normal activity, much less crisis situations. Medical facilities are particularly weak. Last year’s cholera outbreak – exacerbated by inadequate public sanitation – killed thousands of Haitians, further straining the capacity of medical facilities and personnel and undermining their ability to attend to emergencies. While no longer at peak levels, cholera persists in many areas of Haiti and the risk of contracting it remains. Some U.S. citizens injured in accidents and others with serious health concerns have been unable to find necessary medical care in Haiti and have had to arrange and pay for medical evacuation to the United States . The cost of these evacuations exceeds $15,000 USD, on average, and the U.S. Embassy does not have the assets to evacuate U.S. citizens or to pay for their evacuation.

Travel within Haiti can be hazardous; even U.S. Embassy personnel are under an Embassy-imposed curfew and must remain home or in U.S. government facilities during curfew hours. Some areas are off-limits to Embassy staff after dark, including downtown Port-au-Prince . The Embassy restricts travel by its staff to some areas outside of Port-au-Prince because of the prevailing road, weather, or security conditions. Complete information about restricted/dangerous areas is available in the Country Specific Information for Haiti. Transportation in Haiti is not reliable and poses a safety risk. Crowded vans and “tap taps” should be avoided because they are often overloaded, mechanically unsound, and driven unsafely. Erratic driving, poor road conditions, and frequent accidents exacerbate the safety situation. In addition, May through November is the hurricane season in Haiti , which increases the danger of traveling in the country. Thunderstorms, torrential downpours, and heavy winds routinely cause flash flooding, making travel on the poor road conditions even more hazardous. These conditions, as well as incidents of violence and demonstrations, significantly limit the Embassy’s ability to provide emergency services to U.S. citizens outside Port-au-Prince .

Haiti‘s criminal-justice system poses serious challenges to the well-being of U.S. citizens, who must remember that once they enter Haiti they become subject to Haitian law. Allegations of bribery of judicial officials, intimidation by court officers, and/or abuse of power by law enforcement authorities pervade across all arrest cases involving U.S. citizens. Oftentimes, once arrested, U.S. citizens find themselves stuck inside the Haitian judicial system indefinitely before their case goes to trial. Prisoners have been known to spend years incarcerated before appearing in court.

The Haitian Constitution does not currently acknowledge dual citizenship. Haitian-Americans are therefore treated as Haitian citizens, and the U.S. Embassy is not normally notified of issues affecting them, nor are consular officials guaranteed access to such individuals.

U.S. citizens wishing to assist in Haiti relief efforts should be aware that – in addition to the aforementioned safety and health risks, and despite good intentions – their travel to Haiti will increase the burden on a system already struggling to support those in need. Cash donations are the most effective way to help the relief effort in Haiti , support the country’s local economy, and ensure the assistance is both culturally and environmentally appropriate. The following website has information on how to assist in the Haiti earthquake relief effort: http://www.whitehouse.gov/HaitiEarthquake.

U.S. citizens who choose to travel to Haiti despite this Travel Warning are urged to confirm before traveling to Haiti that the organization they will be working with has the capability to provide food, water, medical care, transportation, and shelter for its employees and volunteers, including during extended periods of time when they may be forced to shelter in place. All relief organizations should have a security plan in place to protect and evacuate their personnel to the United States or other safe haven. U.S. citizens in Haiti should be extremely vigilant with regard to their personal security, stay current on media coverage of local events, avoid areas where demonstrations are occurring or crowds are forming, and maintain a low profile. Prior to travel, U.S. citizens should also obtain information about cholera and other health related issues by visiting the Centers for Disease Control and Prevention website at http://www.cdc.gov.

U.S. citizens are also urged to enroll in the Smart Traveler Enrollment Program (STEP – https://travelregistration.state.gov/ibrs/ui/) in order to receive the most up-to-date security information. While the Embassy’s ability to provide emergency consular services is extremely limited, travel enrollment will enable receipt of warden messages via email. Current information on safety and security can also be obtained by calling 1-888-407-4747 toll free in the United States ; callers outside the United States and Canada can receive the information by calling a regular toll-line at 1-202-501-4444. These numbers are available from 8:00 a.m. to 8:00 p.m. Eastern Time, Monday through Friday, except U.S. federal holidays. The Embassy of the United States of America is located in Port-au-Prince at Boulevard du 15 October, Tabarre 41, Tabarre, Haiti, telephone: (509) (2) 229-8000, facsimile: (509) (2) 229-8027, email: acspap@state.gov American Citizens Services Unit office hours are 7:00 a.m. to 3:30 p.m., Monday through Friday. The Consular Section is closed on U.S. and local holidays. After hours, on weekends and on holidays, please call (509) (2) 229-8000. The Marine guard will connect you with the Embassy Duty Officer.

U.S. citizens can also stay informed about conditions in Haiti by following the Embassy on Twitter and Facebook.

3 thoughts on “Haiti Travel Warning by the US State Department”