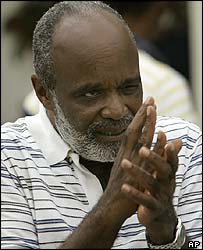 Fraud and Corruption: Invalidate the Decree
By Prof. Beguens Theus and Dady Chery

Has Haiti’s 38-square-mile offshore island, Ile de La Gonâve been sold outright to foreign interests or transformed into a tax haven where Haiti maintains ownership only of the territory?

Neither of these. Not if we fight. On January 7, 2016 Michel Martelly published a decree to cede this island with about 80,000 residents to a poorly defined entity called the “Gonave Island Financial Center.” It is possible that Michel Martelly, a fraudulently installed occupation president, signed this decree while his son was being threatened with actions related to alleged charges that have apparently been sealed. Whether or not this is so, given the contents of the decree, Martelly and any other signatory deserve to be prosecuted by Haitian justice for treason.

To the United States and France, which are certainly behind this deal, I ask: what do you call former slave-owners that connive to rip off the so-called “poorest country in the western hemisphere?” Let this become part of your names in perpetuity.

All is not lost. Haiti is not its president’s fiefdom, and Martelly never had the authority to sell part of the country. Any contract involving the Haitian State must be presented to the population, and it must be discussed, amended as required for its legality and other aspects, and ratified by the parliament.

It therefore behooves the Haitian population, now more than ever, to remain firm in its insistence that the August 9 and October 25, 2015 legislative election results must be verified. The parliament, which is being qualified as a den of rogues by Haitian rights organizations, should be rid of the criminals who are currently hiding in it because of the immunity it confers on them against criminal prosecution.

For a credible story about La Gonâve, I contacted Professor Beguens Theus, a political scientist and socio-demographer who was La Gonâve’s Representative to Haiti’s Lower House from 2011 to 2015. Mr. Theus was born and raised in Ile de la Gonâve, where he currently resides. He provided me with the following text of a lecture that he recently gave to a group of law students of the Bar Association of the city of Croix-des-Bouquets, Haiti.*

La Gonâve, with its geo-economic-touristic configuration, insularity, hospitable people, healthy climate, beautiful sea, appetizing seafood, delicious coconuts, beautiful sands and attractive shores, offers enormous endogenous potential for its development and that of Haiti. One has only to add the necessary infrastructure that it lacks for it to become the jewel of Haiti and the eco-touristic center of the world. With respect to its investment needs, however, should we accept everything even if it robs us of our rights and freedoms? Let us briefly examine the main points of the January 7, 2016 Decree with 111 articles, some of which are like poisoned candy and others of which are unconstitutional. The decree to establish the Gonave Island Financial Center, in its Article 4, stipulates that “To achieve its mission, the Center may acquire all property, movable and immovable; execute all works or major works that it needs and act as the owner… pledge, give as security, mortgage, give as a guarantee its properties with the permission of the Board of Directors. “And,” on the territory available to the Center, it will be free to subdivide or parcel out, grant farming and rental rights to its residents, receive dues and provide for its needs…” according to Article 6. “Companies or other entities established by the Center may be fully owned by persons or entities who are not nationals or residents of Haiti,” declares Article 56.

Articles 4, 6 and 56 give to foreigners of the Center ownership of all the property of the land area in question for free and without compensation to the local population.

Further, Article 55 says, “Money and other property belonging to entities of the Center or the entire company, persons established or residents in the Center and/or the Financial District are not subject to nationalization procedures, expropriation and/or other restrictions with regard to personal property.”

So this is a perpetual contract granting to the said Center the local land, which in the future may not be nationalized, expropriated or subjected to any form of restriction by the State. The Center can, not only dispose of movable and immovable property of the terrain, but also eventually of petroleum products of the subsoil via facilities and oil refineries. “The entities of the Center… will not do or allow anything that would be likely to affect the scope of the Financial District, be it installations or oil refineries, toxic residues or wastes,” says Article 57.

Thus, any 5-year-old child understands that the wealth belongs only to the owner and that it can dispose of this wealth without any restriction, as previously wanted by the preceding Articles 4, 6, 55 and 56. The entities and employees of the Center are exempt from taxes, fees and customs duties. “The entities and employees of the Center are not subject to the payment of taxes, customs duties or other taxes or duties relating to their activities at the Center and the Financial District. However, Haitian personnel who reside in Haiti and work in the Center are subject to payment of income tax in Haiti,” says Article 54. “International Financial Companies (SFI #1) are exempt from all taxes on the structure of their capital and can choose the most appropriate structure…” says Article 96. “The International Financial Company (SFI # 1) is not subject to capital gains tax or withholding taxes on dividend distribution or payment of interest on loans granted to third parties or subsidiaries,” concludes Article 98.

This latest scandal here wants that only the Haitian staff pay taxes. Not even any compensation is provided to the victims of expropriation in this poisoned treaty that grants to the new foreign owners the wealth of the soil and subsoil of the island under the guise of a project that will bring happiness to all.

To summarize the treaty: everything for them, nothing for us. First, all languages are made official by this decree. “The languages used by the Center are the official languages of the Republic of Haiti, meaning Haitian Creole and French, and the language of the international financial community, that is to say English and any other language that may be necessary for the proper development of business” (Article 7).

Second, contrary to the Constitution, which reserves to the State the ownership of the wealth from the subsoil, the decree grants to the foreign owners of the Center, for an unlimited period, the movable and immovable wealth from the soil (Articles 4, 6, 55, 56) and subsoil (oil) wealth of La Gonâve (Article 57), simultaneously undermining the national territorial integrity.

Recall that only one fuzzy section of the Guantanamo lease of February 23, 1903 was enough for the United States to take ownership of this Cuban territory in perpetuity. This article says that the Cuban-American treaty (lease) can only be terminated with the consent of the US or both contracting parties. Contrary to simpletons who believe that from the January 7, 2016 Decree will come the happiness of the island, one should keep in mind that now the wealth of the soil and subsoil would belong in perpetuity to the owners of the Center and may not thereafter be nationalized or expropriated or become the objects of any restriction (Article 55).

It is up to the Haitian parliament to clean up the said decree by deleting the poisoned-candy Articles 4, 6, 7, 54, 55, 56, 57, 96, 98 before entering into, if possible and still viable, the implementation of the ambitious project therein, on one hand; and adding a renewable maturity period into the “lease” and a more meaningful integration of the local population, on the other hand. Sources: Dady Chery is the author of We Have Dared to Be Free. | Beguens Theus is the author of a three-volume work on Haitian history titled État de l’État. | Photos one by Sam H. Sloan; two, four, seven, and eight by baturricodeviaje; three from US Naval Surface Warriors; five by C. Bertel; and six by Ben Waldman. | The above lecture is available in French from RFI.

Translated from the French by Dady Chery

This deal was initiated by Rene Preval, his wife Babbet and her brother, during the Preval Presidency. Jacques Alexis was also involved.

I don’t know why Martelly finalized this deal, during the last days of his Presidency.

And the TAX FREE situation is completely, and totally unacceptable to Haiti, otherwise what advantage is there for the people of Haiti!