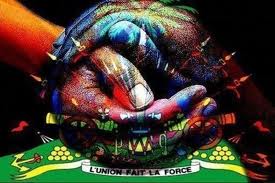 Promoting a culture to an audience of both natives and foreigners simultaneously is a tricky challenge. Cambridge READS, however, seemed to stumble upon a solution: an interaction of two arts, in this case lively dancing paired with a talk by a best-selling author. The writer is Edwidge Danticat, whose latest book, “Claire of the Sea Light,” gives readers a poignant glimpse into the world of a young Haitian girl who disappears on her seventh birthday. Danticat’s reading followed an energetic performance of a trio of Haitian dances by the Jean Appolon Expressions dance company. Combining dance, music, and literature, the presentation on Haitian culture, hosted by Cambridge READS in Sanders Theatre on Wednesday night, drew a diverse crowd, from local Cambridge residents and Harvard students to an MIT linguistics professor and University President Drew G. Faust.

Both Danticat and Appolon immigrated from Haiti, a place that has deeply influenced their artistic pursuits and from which they still draw inspiration. Danticat came to New York when she was 12 in hope of a better future, while Appolon came to America in 1993 at age 16, after his father was killed in Haiti.

During the talk, Danticat fondly recalled her childhood in Haiti. Besides the many stories her grandmother, mother, aunts, and extended family members told her, what she remembers most vividly is the radio, which played an integral role in her and other Haitians’ lives. In her latest book, Danticat said, she combines three powerful influences in her life: writing, radio, and Haiti. “I always had this dream of writing a novel about the radio because I love the radio and the radio in Haiti is so important,” she said. “So [I wanted] every chapter of the novel [to be] an episode of this radio show.”

Appolon’s immigrant experience has given him a mission for his dancing. “It makes my dancing stronger because I have a voice to talk about something very important that a lot of people don’t understand,” he said in an interview with The Crimson. Because of this, he has to strike a balance between communicating to two different groups—the Haitian audience that understands the culture and the foreign crowd that is newly exposed to the material.

Appolon says that he has struggled to change the general perception of Haitian dance as “voodoo-ish” and crude by highlighting its power and beauty. According to Appolon, elements of traditional Haitian dancing are in fact found in many different types of dances. “I have learned many forms of dance because I graduated from Joffrey American Ballet School,” he says. “I really see a lot of strong movements I have learned in those dances…in traditional Haitian dancing.”

Driven by his vision of promoting Haitian culture through folkloric dance, Appolon established the Jean Appolon Expressions dance company in 2006. He operates a small dance company in Boston and Cambridge that gives performances at social functions and holds dance classes and workshops. While Appolon is glad his dance company is celebrated for its unique mission of spreading Haitian dancing, he also wishes more people would join him in his mission. “I’m hoping there can be more companies like myself…more young Haitian-Americans who try to do the same work or do more,” he says. “There are so many young people who are so afraid of saying that they are Haitian. They are very embarrassed by it. So I’m hoping that the work I am doing will [make them] feel proud to be Haitian.”