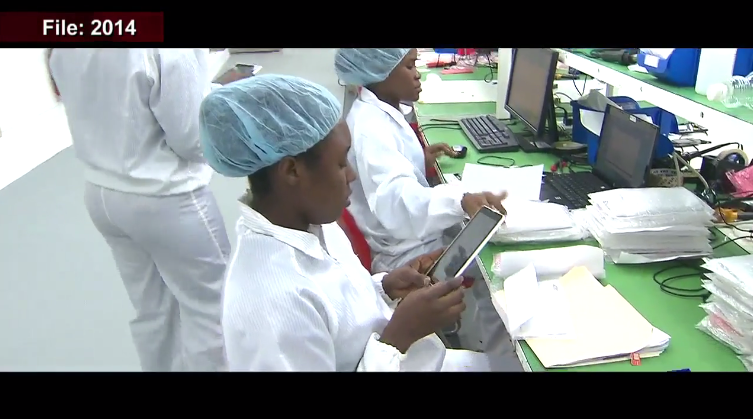 PORT-AU-PRINCE, Haiti – In our final report on Haiti tonight, we take you back to a factory in Port-au-Prince that’s providing high-tech hope and changing so many lives in the process.

“In many cases, we would advertise online,” said Maartan Boute, the founder of Surtab. “They would say this place doesn’t really exist.”

However, years later, the words on the back of the tablet – — “Made in Haiti” — are still making so many, so proud.

On social media, our feature story went viral, thousands watched with pride and optimism while others still remained skeptical.

“What was good about your piece is that it gave us international visibility, and people believed it,” Boute said. “Every single delegation from the U.S. and other countries and places wanted to come here and see that it was real.”

The tablet company has made real progress. More workers have been hired, and the office space has doubled from one long table of android tablet producers since our last visit.

Some workers have moved on from the job like Farah Tilus, an earthquake survivor.

Tilus used her Surtab salary to become an English teacher.

Surtab sales are mostly in Haiti. The company offers three models with the least expensive tablet selling at just under $100, and the most expensive is $250.

But to survive in the tough world of tablet production, the company is going back to the basics.

“We have more than 25,000 students using our tablets in various grades for education,” Boute said.

So their team has created an app that serves as a virtual classroom called Sakado, French for backpack. With one of these tablets in hand, students will no longer need backpacks.

The goal is to revolutionize Haiti’s education system and help more students pass the Baccalaureate, the country’s national exam.