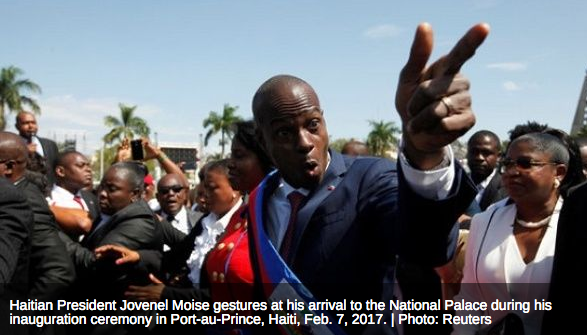 Haiti is asserting its independence by not aligning with Washington’s foreign policy interests in the region.

Haiti’s new administration is pushing back against U.S. hegemony in the region — siding with Venezuela against the ongoing attacks the Bolivarian nation continues to face.

RELATED:
The OAS Is Getting Ready to Attack Venezuela Again — Here’s How

On Tuesday, Haiti’s ambassador to the Organization of American States, Jean-Victor Harvel Jean-Baptiste, blasted diplomats of meddling in Venezuela’s internal affairs, referring to recent efforts led by Secretary-General Luis Almagro to suspend the country from the regional body.

“If we authorize the threat of a coup d’etat, cosmetically disguised, against Venezuela, we cannot prevent this from happening against other countries,” Jean-Baptiste said. “What is happening at the OAS at this very moment promises dark days for the hemispheric organization and for our region.”

The OAS’s move is seen as “imperialist intervention” by government supporters and has seen hundreds of Venezuelans demonstrate against it in the streets.

“Almagro is a puppet of the United States,” said Monica Toledo, who attended one of the recent marches in Caracas.

Venezuelan Deputy Foreign Minister Samuel Moncada himself scolded the U.S. government Tuesday at an OAS meeting, saying the White House should stop attacking his country if they are serious about “helping.”

Haiti’s government has also refused to renew the mandate of an independent U.N. human rights expert because his reports create “the international perception of an unstable country under constant threat of civil unrest.”

Haiti has ample reason to be suspect of the U.N. — given that its peacekeeping forces caused its cholera crisis, and that many of these forces have been responsible for raping and sexually assaulting Haitian women.