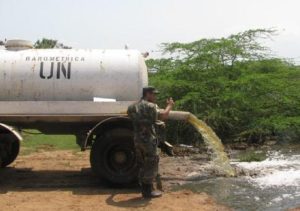 Adding to assertions that United Nations peacekeepers inadvertently brought a strain of cholera to Haiti, a new Yale University report holds the organization responsible for a recent outbreak and concludes that it should help the victims. Sewage from a United Nations camp contaminated one of Haiti’s largest rivers, the report said. The United Nations has steadfastly denied causing the epidemic, which has killed more than 8,000 people since it began in 2010, and has resisted paying any compensation. By not holding itself accountable to victims, the report stated, the United Nations is violating its obligations under international law.