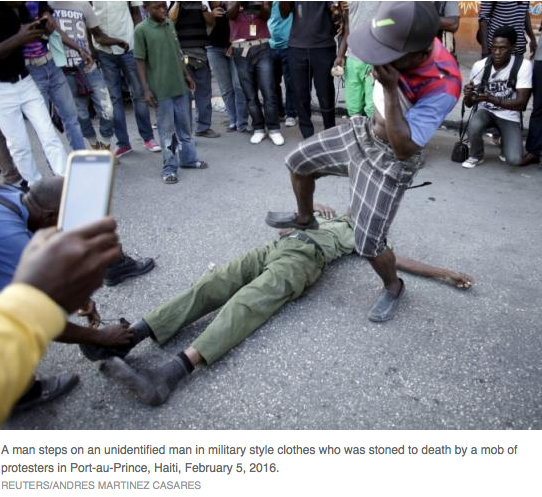 Haiti slipped deeper into unrest on Friday as gangs of former soldiers roamed the capital and a mob of protesters beat a man to death with stones, following a botched election that has left no successor for outgoing President Michel Martelly.

Reuters witnesses said the crowd attacked an unidentified man wearing military style clothes. The protesters accused him of being a member of a widely unpopular army that was disbanded in 1995.

Martelly is due to leave office on Sunday but squabbling politicians have failed to organise an interim government to replace him, after the runoff election to choose his successor was scrapped last month amid violence and fraud allegations. 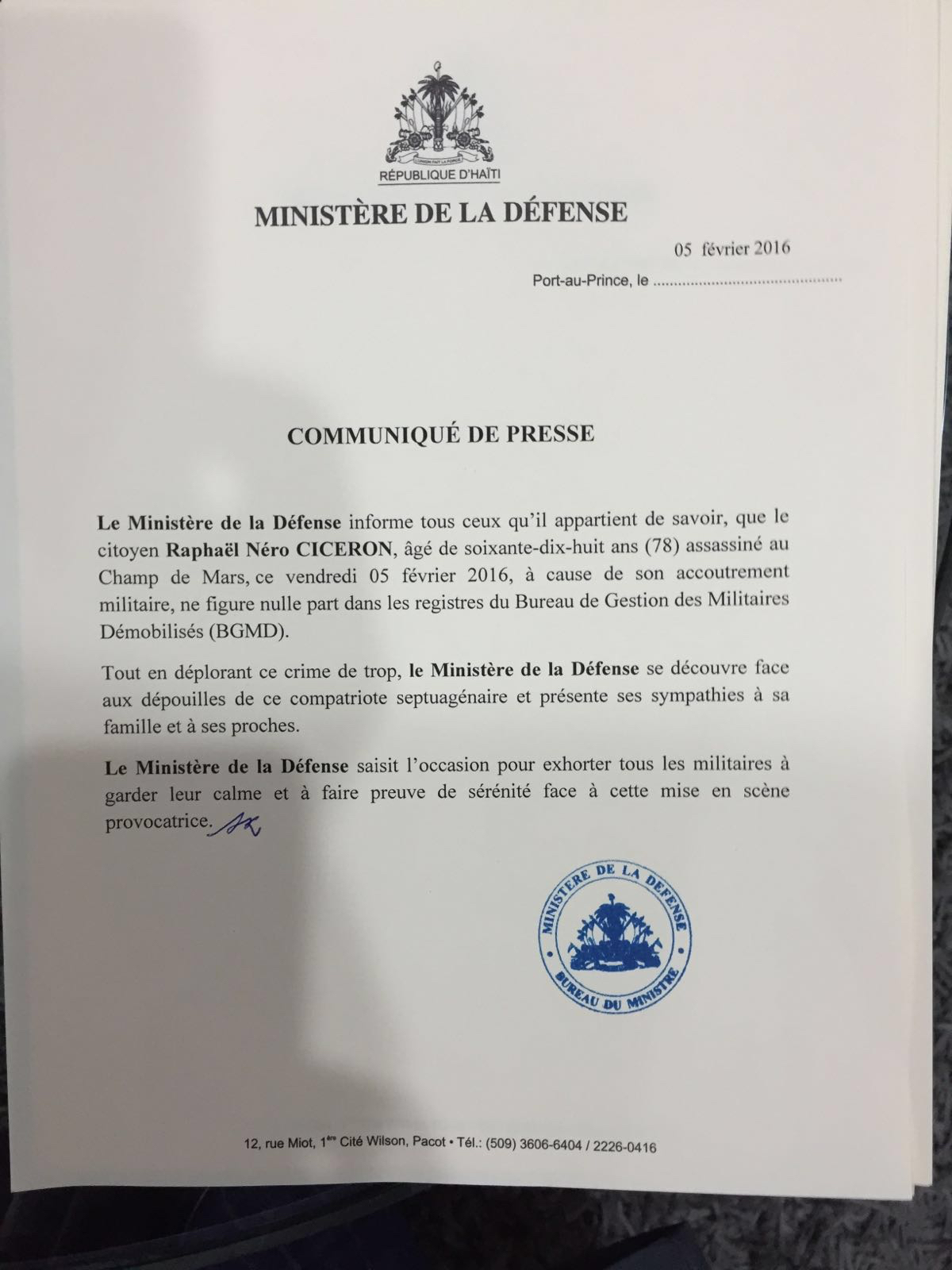