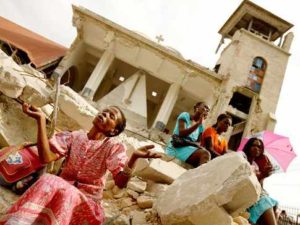 PORT-AU-PRINCE, Haiti—Haiti’s Senate approved President Michel Martelly’s candidate for prime minister on Tuesday, taking a critical step toward filling the country’s No. 2 post after the previous prime minister resigned only months into the job.

The five-hour Senate debate, broadcast live on Haitian national television, ended when lawmakers voted 19 to three in favor of Foreign Affairs Minister Laurent Lamothe serving as Haiti’s next prime minister. There was one abstention. Lamothe’s nomination now goes to the 99-seat Chamber of Deputies for final approval.

The new prime minister will be in charge of jump starting rebuilding efforts related to the massive 2010 earthquake that have been slow to take hold in part because of unabated infighting between Martelly and his critics in Parliament.

Martelly picked Lamothe as his nominee in March after his first prime minister, Garry Conille, stepped down because the two clashed behind closed doors.

The 39-year-old Lamothe is a close friend to Martelly and ran a telecommunications business before turning to politics. Lamothe also is co-chair on the government’s economic advisory board.

The first-time politician Martelly has spent nearly a year in office but he’s had a prime minister for only four of those months, a vacancy that has hobbled reconstruction efforts and done little to put at ease the foreign nations and organizations that have pledged billions to help Haiti recover from the earthquake that the government said killed 314,000 people and displaced more than a million others.

At the same time, Martelly’s first year has been largely overshadowed by allegations from several lawmakers who accuse him, Lamothe and other senior officials of holding dual nationality, which if true would bar them from office and force them to step down. Martelly last month publicly showed his old passports in an effort to dispel the accusations.

Those allegations resurfaced Tuesday night on the Senate floor.

One of Martelly’s most vocal critics, Sen. Steven Benoit, raised several concerns with Lamothe’s candidacy Tuesday night. The lawmaker said Lamothe has not resided in Haiti for the past five years and only began to pay his taxes after he was nominated for the post, both among the requirements for the post.

“Laurent Lamothe is not eligible to be prime minister,” Benoit said. “And there are senators in the room who know he’s not eligible.”

The Senate’s ratification of Lamothe came the same day Cheryl Mills, the U.S. State Department Counselor and Chief-of-Staff to Secretary Hillary Clinton, arrived in Haiti. Mills came to meet with Lamothe and other Haitian officials as well as discuss upcoming legislative elections. The mandates for 10 senators, or a third of the Upper Chamber, are due to expire next month and a vote wasn’t held in time to fill the vacancies; it’s unclear when the election, which also seeks to fill hundreds of municipal posts, will be held.

Mills also came to look at U.S. investments in the north and check up on the progress of an industrial park that she has championed. The South Korean-led garment plant is expected to begin production in September and the United States and others say it will bring 65,000 jobs to the region.

It took Martelly three times before his earlier nominee for prime minister was approved by the opposition-controlled Parliament.