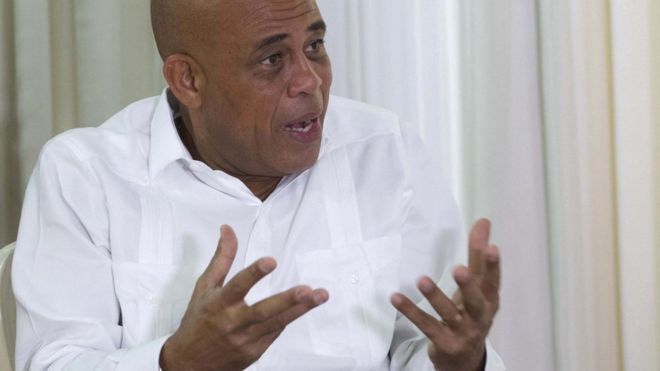 A runoff vote to choose Haiti’s next leader will go ahead on Sunday, President Michel Martelly says, despite threats of an opposition boycott.

Mr Martelly accused a small group of people of deliberately trying to derail the democratic process, in comments made on state television.

He backs Jovenel Moise in the election, who won the first round of voting.

But opposition challenger Jude Celestin said he would pull out of the second round amid allegations of fraud.

He said he would not participate unless electoral reforms were carried out, although he is yet to formally withdraw.

The runoff has already been postponed twice. This week anti-government street protests took place in the capital Port-au-Prince and other parts of the country.

President Martelly is constitutionally barred from seeking re-election but has thrown his weight behind Mr Moise, a banana exporter. His term ends in less than three weeks.

Whoever takes over from Mr Martelly will face the daunting task of reconstructing the country which was devastated by an earthquake in 2010 and has since relied largely on international donations and foreign aid.