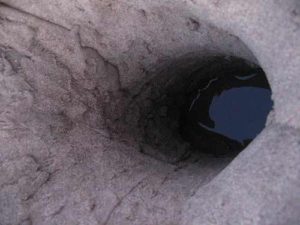 PORT-AU-PRINCE, Haiti (defend.ht) – A member of a senate commission set up to investigate the nationalities of members of the government found that President Michel Martelly holds citizenship in a foreign nation. The president is subject to removal by the High Court of Justice, as per the Haitian Constitution.

The chairman of the senate commission that investigated the nationalities, Senator Moïse Jean-Charles (Nord/Inite), spoke on Radio Kiskeya on Wednesday and revealed that the President of the Republic, Michel Joseph Martelly, as well as, the Minister of Foreign Affairs, Laurent Lamothe, the Minister of Tourism Stephanie Balmir Villedrouin and the Secretary of State for the Interior, Georges Racine, hold citizenship in foreign countries.

The parliamentarian did not specify the countries where the nationalities are held. The senate commission has not finalized its report.

Senator Jean-Charles says he had made the findings and intends to forward them to the members of the commission.

“It would be because of its uncomfortable situation that the head of state is still reluctant to publish the amended Constitution which provides that it will be replaced by the head of government if any impediment,” said Jean-Charles.

If the senator is to be believed, Michel Martelly lied in April of 2011 when he said “I’m Haitian, I never renounced my citizenship…”

Before and up to the time of the inauguration of Michel Martelly, ARTICLE 15 of the Constitution of Haiti would have banned his participation in the elections as dual-nationality was strictly prohibited.

According to the amended legitimate Constitution of Haiti, Prime Minister Garry Conille would become the president and would have to hold elections within 3 – 6 months.