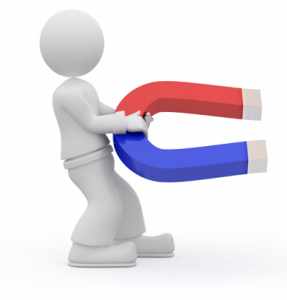 PORT-AU-PRINCE, Haiti –Haiti’s president on Thursday unveiled an advisory board of former leaders, business executives and bankers that he hopes can make this poor Caribbean nation a more business friendly place and attract foreign investment.

President Michel Martelly announced that the panel he has created with former U.S. President Bill Clinton will help redevelop Haiti, whose capital and outlying cities were shattered in last year’s earthquake.

“To build the economy, we need new ideas and new investments,” said Laurent Lamothe, a telecommunications entrepreneur who is a senior adviser to Martelly. He will be co-chairman of the council with Clinton, the U.N. special envoy to Haiti.

The council will be similar to a reconstruction panel set up in the aftermath of the January 2010 earthquake to coordinate international aid for rebuilding Haiti.

The new panel will focus on expanding the economy by luring investors to create new businesses. Martelly has said he wants to create 500,000 jobs over the next three years.

Overseas companies have long been leery of investing in Haiti because there is red-tape, confusion over laws, insecurity, and sometimes political instability.

Investors could be further reluctant to do business in Haiti because of an uncertain political environment. Martelly has yet to install a government almost four months after his inauguration, with the first-time politician seeing his first two nominees for prime minister rejected by parliament.

The government announced this week that Martelly’s third nominee for the post is Garry Conille, a longtime development worker for the United Nations who worked as an aide to Clinton in his role as U.N. envoy.

A report released Thursday by the International Crisis Group took note of Martelly’s announcement at his May inauguration that “Haiti is open for business.”

“But a functioning, professional (police force) is a prerequisite to move the country forward,” the group said in a report on the need for police reform.

The new Presidential Advisory Council on Economic Growth and Investment is a hybrid of sorts – part think tank, part marketing outfit, part consulting firm and full-time liaison between potential investors and the government. It also aims to give Martelly and lawmakers ideas that could make Haiti more attractive to investors.

Clinton will be joined on the 32-member board by former leaders in Spain, Costa Rica, Jamaica, Bolivia and Colombia, as well as bankers and executives with expertise in energy, cruise line, media and real estate.

The board members will also serve as mini-ambassadors, spreading word that Haiti is eager for investment.

“Clinton typically talks about Haiti wherever he goes,” said Edwin Phanord, an adviser to the council. “So we take Clinton and multiply him by 30.”

1 thought on “Haiti pres, Clinton form board to court investors”