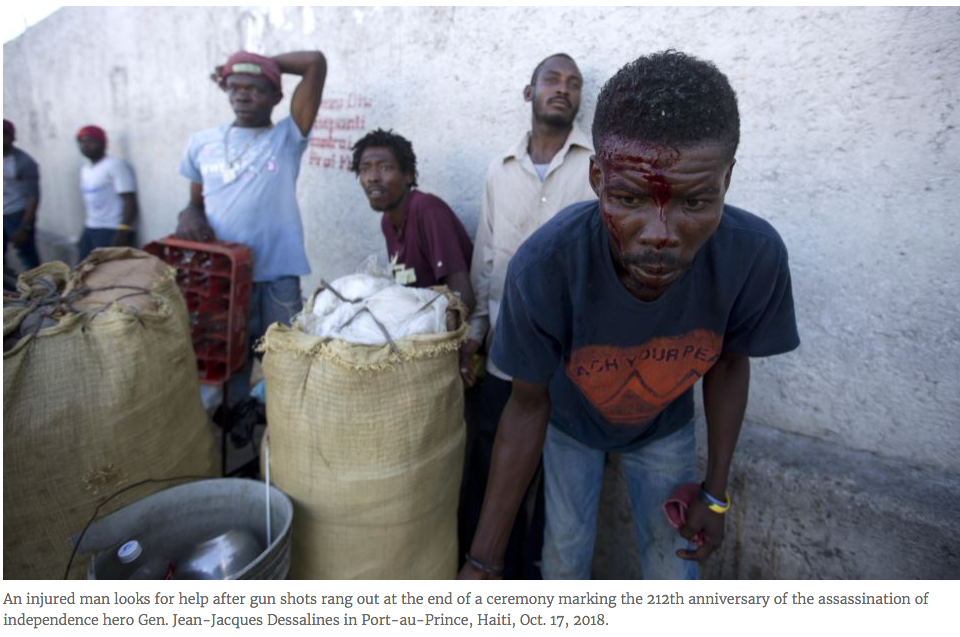 Hundreds of people protested on the streets of Haiti’s capital Wednesday, demanding an investigation into the alleged diversion of $3.8 billion (US dollars) of funds from a Venezuelan oil agreement with Haiti and other Caribbean countries.

Protesters burned tires at makeshift barricades throughout Port-au-Prince as many called for President Jovenel Moise to step down. 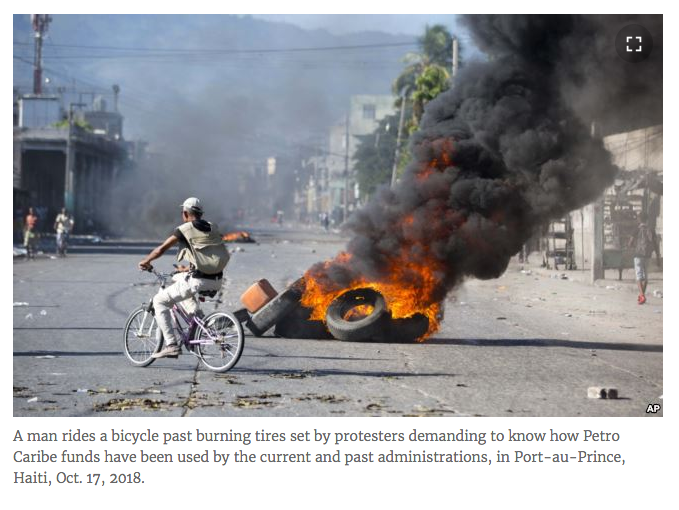 Moise and his wife Martine attended a ceremony to commemorate the death of Haiti’s founding father Jean Jacques Dessalines and the protests could be heard throughout the event.

One police officer was injured when he was hit by a rock thrown by a protester after the wreath laying ceremony.