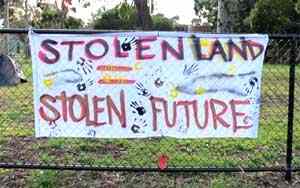 PORT-AU-PRINCE, Haiti — Haiti’s national police force says detectives are investigating the slaying of a well-known notary whose body was found in the street.

Spokesman Frantz Lerebours says notary Gilbert Giordani had been snatched while driving his BMW on a sidestreet near downtown Port-au-Prince on Friday evening.

The abduction prompted police to set up checkpoints around the capital in an effort to rescue the notary.

But Lerebours says passers-by found his body Saturday morning dumped on a hilly road in the Canape Vert neighborhood of the capital.

There are many possibilities surrounding the death of Giordani.

One sees him completing an $80,000 USD transaction and having the kidnappers demand this cash, only to have him refuse.

Another suggests that someone he screwed in a bad deal could have taken revenge. He had the reputation of foreclosing on people, without remorse. This was coupled with rumors that, like many other notaries, he falsified documents that saw him take land from the illiterate.

He was not one of the really nice people in Haiti and will be missed by few.