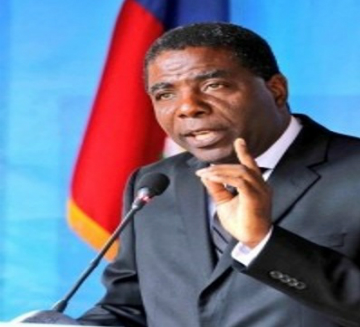 PORT AU PRINCE, Haiti (CMC) — Prime Minister Enex Jean-Charles has submitted his letter of resignation to President, Jovenel Moise allowing the new head of state to enter into discussions with the presidents of both Houses of Parliament for his successor, as stipulated in the Constitution.

In his letter, dated February 9, Jean-Charles, the university professor, who had been prime minister since March last year, said it had been an “honour” to serve and that his government had “faithfully” carried out its mission “of restoring the peace of the streets and to organize credible, honest and transparent elections in accordance with the Agreement of 5 February, 2016”.

Jean-Charles said he was also grateful that the two Houses of Parliament had approved his policies regarding his “management of the fundamental concerns of the Haitian people”.

Haiti had been mired in political crisis since a runoff presidential election in January last year was suspended amid allegations of fraud on the part of the government.