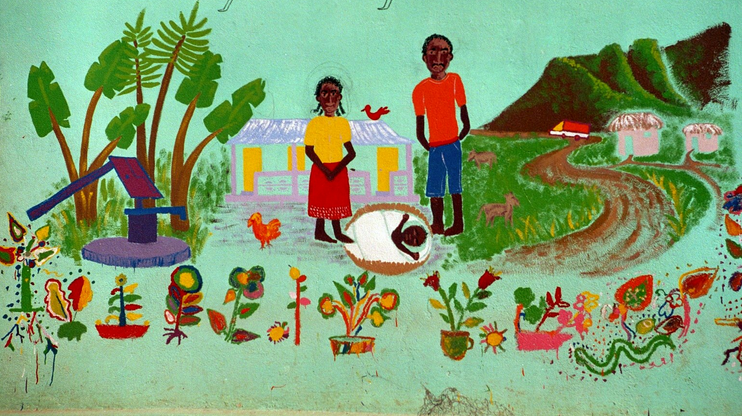 PORT AU PRINCE, Haiti (CMC) — Prime Minister Enex Jean-Charles has called on Haitians to “bury the hatchet” and come together for the betterment of the French-speaking Caribbean Community (CARICOM) country as the population gets ready for the end of year celebrations.

“The heart of this country, despite everything, is still pulsating at the rhythm of goodwill and determination to transcend the divisions and differences that can potentially engulf us.

“At the end of the year, I make a vibrant appeal for a truce. Let us bury the hatchet ladies and gentlemen, and smoke the calumet of peace, while having the courage to enter into constructive dialogue, even just for this period of grace,” he said in a message ahead of the celebrations.

Jean-Charles said the end of 2016 will find Haitians “in an atmosphere of anxiety, uncertainty, byzantine struggles for the conquest of power, when they were supposed to see us in a fraternal communion for the regeneration of the common homeland.

“I am aware that these celebrations will not be quite happy. The post-electoral political difficulties have not helped the government to create the conditions to deal with this serious economic crisis, which are affecting the most vulnerable state of the population.”

But he said despite a difficult economic situation, “we have thought of ad hoc measures to alleviate the suffering of the social strata most affected by this rapidly deteriorating of terms of exchanges, while considering that the priority of the day is to save the elections as the only means of renewal of political staff.

“In this historical turn of our life as a free and independent people, we must realize that, despite all our political, ideological and socio-cultural differences, there is one thing that we share: Haiti, that piece of land which is our common good. We have a duty to protect it from attacks from wherever they come from. It is our duty to unite to save our integrity,” he added.

Last week, the Electoral Court ordered a review of the preliminary results of the November 20 presidential elections, handing a lifeline to three political parties that have been challenging the victory of businessman Jovenelle Moise.

President of the Chamber of Deputies, Cholzer Chancy, has since called on the Provisional Electoral Council (CEP) to publish the final results of the presidential election on 29 December as scheduled on the electoral calendar.

But former Senator Yvon Feuillé, a representative of Fanmi Lavalas, believes that the CEP must apply the decree by excluding Moïse from the race for the presidency.

The Electoral Court in its ruling ordered that 12 per cent of randomly drawn presidential minutes be verified and that the verification exercise be carried out in the presence of the parties concerned and the national and international electoral observation organizations.

The court has set no deadline for completing the process.

In his message, Prime Minister Jean-Charles said, the history of Haiti “is marked by the blood of the fratricidal struggles that we led and which have slowed our march towards progress and modernity.

“The lack of consensus and dialogue between members of the political class has long invalidated the many positive initiatives that could have led the country beyond the borders of ‘backwardness’, instability and anarchy.”

He said the Christmas season should be a time of reconciliation, as well as for forgiveness and redemption.

“On behalf of all members of the Government and on behalf of all my colleagues at the Primature, I wish you happy end-of year celebrations and to approach the new year 2017 in peace, calm and in this spirit of patriotic union and hope for the well-being of the common homeland.”