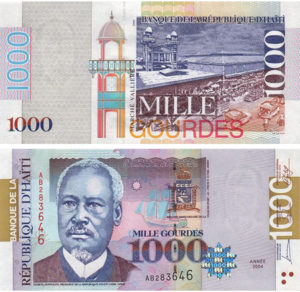 In a meeting with The Miami Herald’s editorial board, Prime Minister Laurent Lamothe said the new sin tax would require approval from Parliament. He said the money collected would help build 200 schools, refurbish 2,000 more and train and boost pay for thousands of teachers from primary schools to universities.

The proceeds would go into a government fund that already has gotten almost $34 million with taxes on international phone calls and money transfers, the latter making up about a quarter of Haiti’s GDP. A board of directors oversees the fund.

The effort seeks to boost enrollment. Haiti has about 4.5 million school-age children but only about half were attending school before the 2010 earthquake destroyed or damaged thousands of classrooms.

The school year began last week amid a fresh wave of isolated protests in the countryside and capital. Some demonstrators have complained that the government hasn’t covered school tuition despite its claims to the contrary, along with what protesters say is a higher cost of living.

Lamothe is not serious, otherwise he would tax the cocaine business. This is what could support our Nation’s educational system.

It is not as though we do not know who is involved, or where it is happening. We just don’t want to stop the cocaine business, which is all right with us – providing the criminal cash flow is tapped for social projects.

The large load that arrived in Port Salut last week – known to the American embassy, along with the big dump on Isle a’Vache could support a few schools with a 10% tariff.

Since the government supplies vehicles, to move the cocaine, we could charge $500 per mile for use of governement/PNH vehicles. $1000 per mile for the use of a Senator’s State transportation – complete with Official plate, and a few dollars less for a Deputy jeep.