FORT LAUDERDALE, Fla. — A hurricane might help break up the oil spill staining the Gulf of Mexico, but the oil won’t change significantly how tropical storms develop or the damage they inflict, the director of the National Hurricane Center said Wednesday.

A hurricane making landfall west of the spill could drive the oil inland with surging seawater to the north and northeast. Forecasters don’t know what kind of environmental hazards to expect, though, because no oil spill has ever drifted into one of the main hurricane breeding grounds before. Storm surge usually carries other toxic materials from flooded cisterns, septic systems and sewage treatment plants, hurricane center director Bill Read said.

“It’s going to be part of the ecological catastrophe that you get anyway with a hurricane,” Read said. The six-month Atlantic hurricane season begins June 1.

For now, the spill mostly lies off Louisiana, where marshes and wildlife have been coated with oil. At least 7 million gallons of crude have gushed into the Gulf since the Deepwater Horizon rig exploded April 20, killing 11 workers.

The Coast Guard on Wednesday granted final approval for BP’s latest bid to plug the leaking well by force-feeding it heavy drilling mud and cement, but there was no word on when that attempt might begin.

Emergency managers urged coastal residents to prepare to get out of a storm’s way, regardless of whether it cross oil-contaminated waters.

“Whether or not we have an oil spill, if you have a major hurricane coming, you have to evacuate,” Federal Emergency Management Agency Administrator Craig Fugate said. “There’s not much we’re going to be able to do about what is already out there.”

The spill isn’t covering enough of the warm waters that feed tropical storms to alter their development, and it won’t affect the hurricane season forecast, which the National Oceanic and Atmospheric Administration will announce Thursday, Read said.

“The prevailing thought is the hurricane will have much more effect on the oil, rather than vice versa,” Read said.

Read said his biggest concern for the upcoming Atlantic storm season is the potential for a new catastrophe in Haiti, where hundreds of thousands of Haitians who have been living under flimsy tents since the Jan. 12 earthquake. Heavy rains are enough to trigger flooding and landslides in the mountainous Caribbean country, but no evacuation plans exist for the makeshift camps prone to floods, torrents of mud and potential spread of disease.

“If I was stuck in a tent and high winds came, I would get as low to the ground as I could to avoid flying debris,” Read said. “That doesn’t sound very comforting, but that’s better than standing up and getting buffeted around.”

Within 10 days after the quake, hundreds of injured survivors ended up in hospitals in Florida, the nearest U.S. state. The state’s complaints about its struggles to keep up with the influx of evacuees prompted the U.S. military to halt medical airlifts from Haiti for several days during an epic humanitarian crisis and a bitter exchange between Florida and federal officials over where to send patients.

Halstead said Wednesday the state has worked through those problems coordinating with agencies that do not typically respond to disasters and is prepared for more evacuations from Haiti.

“Haiti is no different to us than Georgia or Alabama. They’re our neighbors,” he said. 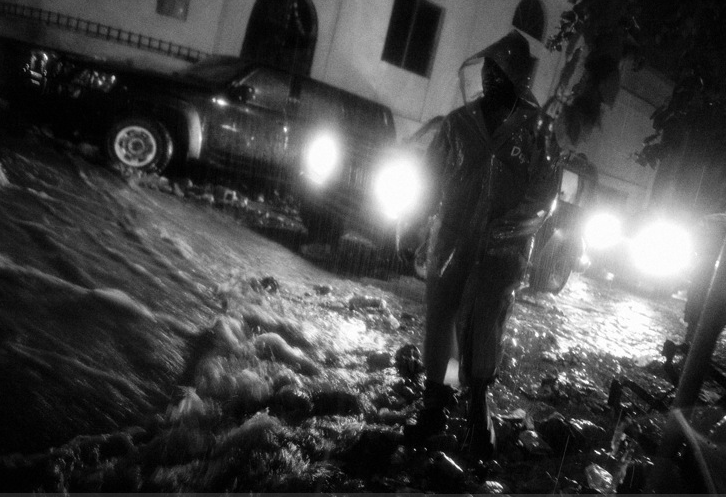 Another bad hurricane season will see more devastation and destruction in Haiti. Hurricanes hit a different area than that damaged by the January 12 quake so they will add a coup de grace to what still remains from the 2008 Hurricane Disaster that wiped out Gonaives and a number of other populations center.

Hundreds of millions were committed to the rebuilding of Gonaives and the other centers.

Hundreds of millions were stolen by Preval and his associates. Peanuts were spent on the hurricane damaged areas and the remain today, much as they were in 2008. Preval, and his friends, with the assistance of certain bank officials, stole $198,000,000 from Petro Caraibe Funds – dedicated to hurricane relief.

Preval, and his friends went on to pillage the quake relief funds and have their eyes focused upon the billions promised to revive Haiti.

There can be no effective effort to revive, or rebuild Haiti so long as Preval and Elizabeth Delatour are at the controls. Delatour has already given key positions and contracts to her brothers in law, cousins, friends and friends of friends.

Time for Preval to step down and take his avaricious wife back to Marmelade where she can fertilize the bamboo plants.