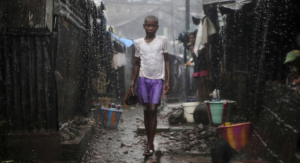 PORT-AU-PRINCE, Aug 30 (BERNAMA-NNN-AGENCIES) — New cholera cases have been reported in Haiti’s West department where this capital is located but so far it is impossible to talk about an outbreak of the disease, health authorities said.

“We can’t talk yet about a resurgence of the disease after Tropical Storm Isaac,” said Ministry of Public Health and Population Director-General Guirlene Raymond.

According to official statistics, as of early July the number of cholera deaths since its appearance in October 2010 had risen to 7,418.

WHO data shows that over 42,000 new cases have appeared in 2012, when the rainy season and lack of funding have weakened the fight against the epidemic.

Specialists believe that the propagation of the disease can be limited only by the application and maintenance of important programmes in health promotion, access to potable water, and sanitation and hygiene.