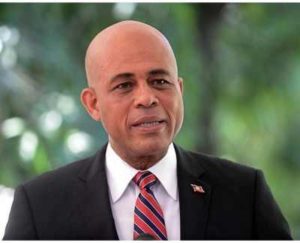 PORT-AU-PRINCE, Haiti, Feb. 17, 2012 /PRNewswire-USNewswire/ — In meeting with members of the UN Security Council on Tuesday, Haiti’s Minister of the Interior, Thierry Mayard-Paul, reiterated the top concerns of his office which are focused on implementing President Martelly’s vision for decentralization as a key to job creation throughout Haiti.

Outlining the steps the Martelly administration is taking to build a strong platform for constitutional rights and democratic governance in Haiti, the Minister stressed that his highest priority is to ensure the safe and stable climate required for foreign investments that will drive job creation.  “In order to carry out the vision of the President to create jobs through sustainable economic development and to empower local communities throughout Haiti via decentralization, we must consolidate democratic governance,” he said.

With safety and national security a top concern, the Minister pointed out that over the course of the last year, Haiti has meticulously studied the issue of the prolonged stay of MINUSTAH in the country.  Viewing the subject within the context of safety, election results, and other factors, he said the 2011 elections provided an exceedingly large mandate for the Martelly administration for the next five years, a reference to Martelly’s commanding 2 to 1 victory over his opponent.  “As a result, we are convinced that Haiti must assume the tasks of public safety and national security.  This is a long-term task that in our view begins and ends with civilian control over any security force to ensure ongoing disaster preparedness and to heighten the effectiveness of disaster mitigation efforts.”

To that end, President Martelly has established a Commission to study, in detail, the rehabilitation of Haiti’s armed forces in detail.  This Commission will provide recommendations once it has compiled its findings.

Mayard-Paul stated that the members of the Commission are not only conducting their own assessment regarding reinstatement of the armed forces, but are also consulting recognized international experts.  “We have also been speaking with heads of state and other elected officials and policy makers about this issue,” he said.

To that end, the Minister of the Interior has been visiting other Latin American and Caribbean countries to review Best Practices for Public and National Safety that have worked in the region.  “When the Commission presents its final report, we believe we will have a long-term roadmap that will enable us to achieve democratic sovereignty,” he remarked.

Other topics discussed with the visiting UN team included resolving border issues and accelerating the process of reconstruction.  The Minister expressed his appreciation for the UN peacekeeping force saying, “I’d like to thank the MINUSTAH, on behalf of the Haitian people and our government in particular, for their many years of collaboration with Haiti.”

SOURCE Ministry of the Interior of Haiti